History of the Contrada of Gracciano

The story of the origins of the Montepulciano contrada are really interesting, because allows us to introduce you to the most important traditions of this hamlet and its unique characteristics also compared to other Tuscan towns.

The contrada of Gracciano is the first one you enter arriving in Montepulciano, passing through Porta al Prato and going towards the historic center; it borders on Voltaia and Poggiolo and corresponds to the lower part of the town. In this district, since the beginning of the XV century, all the driving economic activities of the Polizian town have found their home. 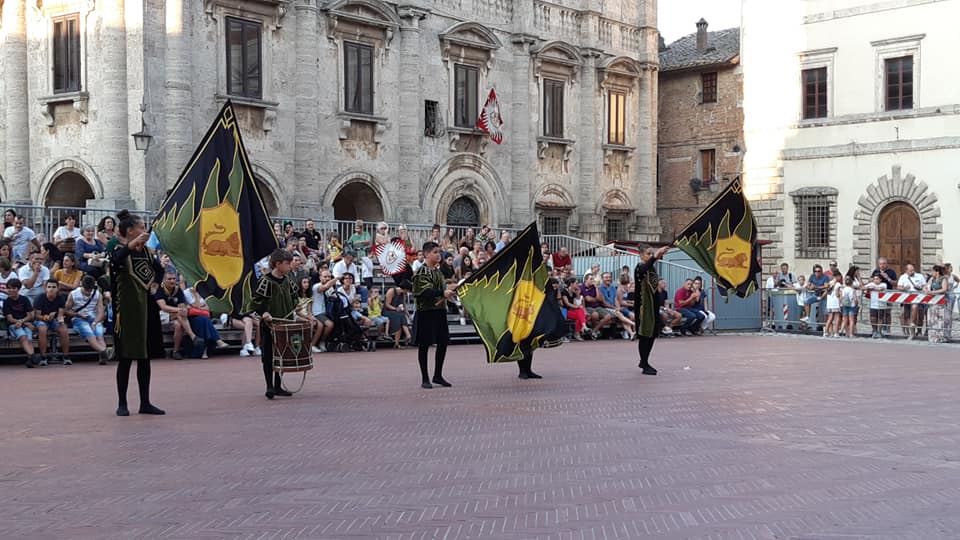 The symbol of Gracciano is a lion, depicted in the official emblem together with the green and black colors; it is the district with more recent origins (1974, when Bravìo delle Botti was relaunched), it was the last to be inserted within the historic walls and there is a hamlet with the same name near Montepulciano, about 7 km from the town. There is an anecdote about the choice of the animal in the coat of arms: initially, it was a crow, since there was a reference to Santa Agnese, according to the legend assailed by crows, and from this, the term „gracciano“ was derived.

However, following historical research carried out on the noble Tarugi, it has been discovered that the original symbol of this district is the lion, depicted in the goldfield. 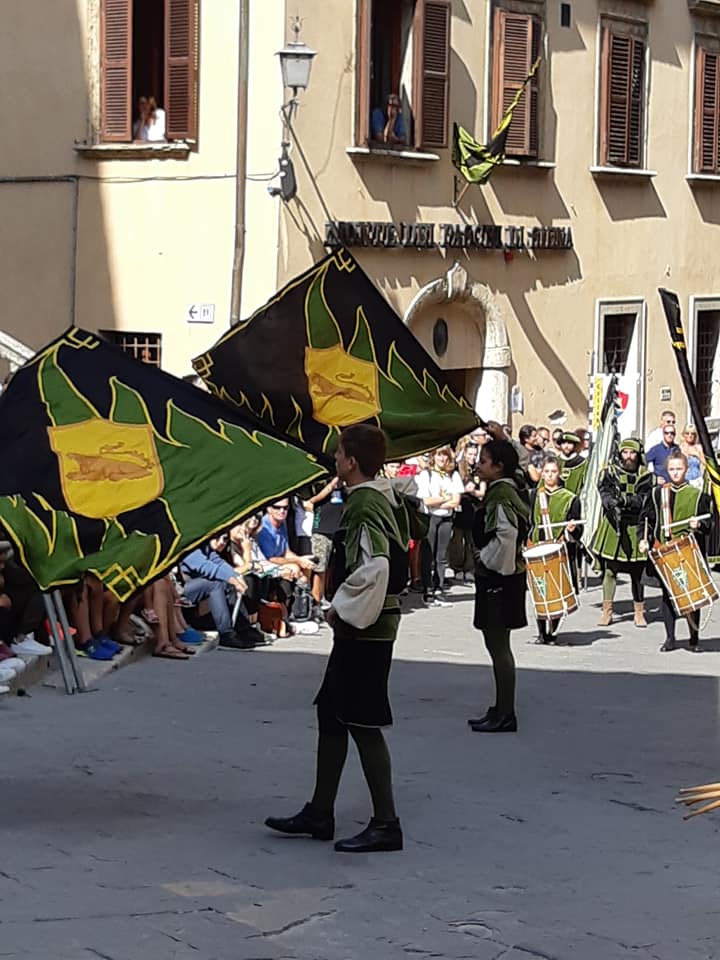 Although in Montepulciano everything about the contrade is closely related to the Bravìo race, it is correct to deepen the historical origins of this division of the town by going back to the Statute of 1337, where mention is made of the Collazzi, Coste. Gracciano, Poggiolo, San Donato, Tolosa and Voltaia.

Each district had its „Societas“, and a Rector who was appointed to head it; there was also an important tradition on the occasion of the feast of Sant’Agnese on May 10th, when the Rectors of the contrade had to go to the monastery of Santa Maria Novella outside the Porta di Gracciano (today it is the Church of S. Agnese) to offer a candle of adequate size.

It was an occasion that involved the participation of a large part of the population of Montepulciano.

As for the things to know today about Gracciano, the headquarters of the contrada is located in the cellar of the Convent of Sant’Agostino (dating back to the XII century and then restored in the XV century), one of the places to see during an historic itinerary, including even Palazzo Bucelli, known because a rich collection of Etruscan finds, now partially exhibited at the Civic Museum of Montepulciano. 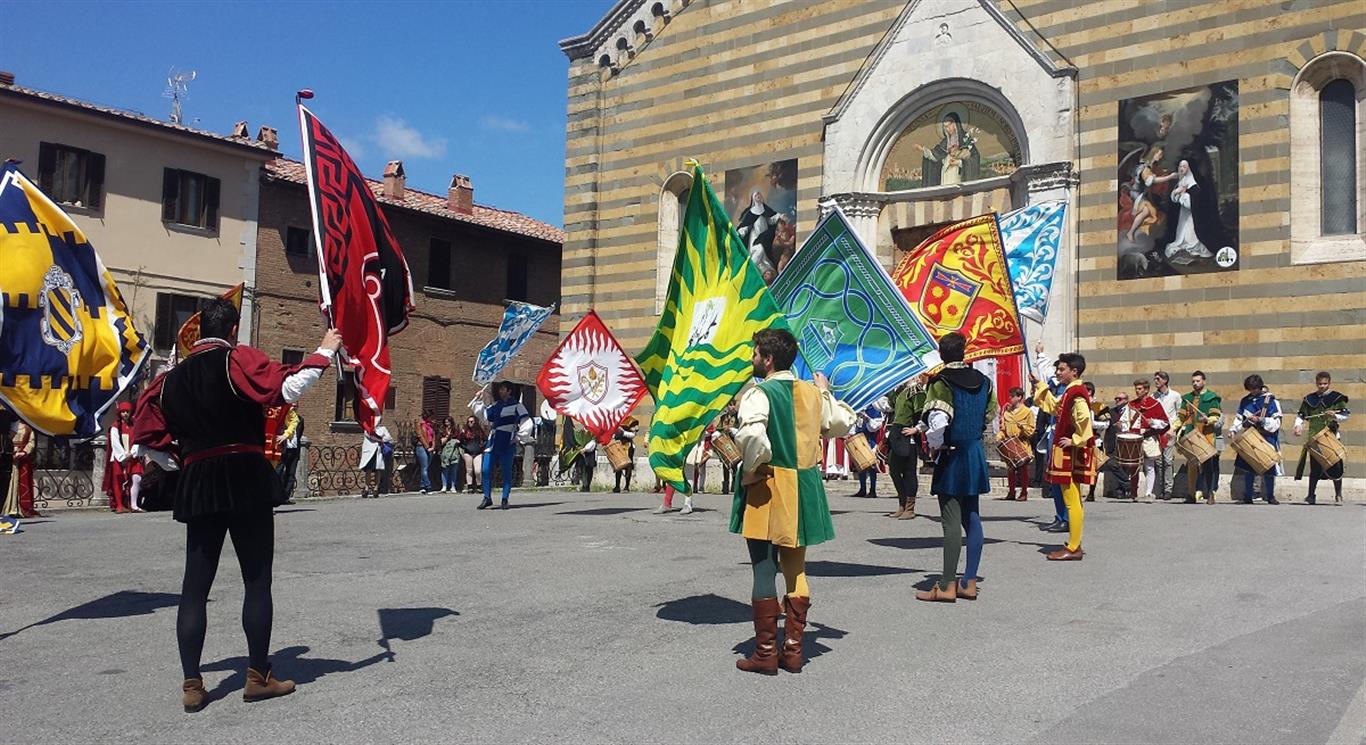 About the Bravìo delle Botti, a detail that not everyone knows about the size of the barrels: in the first editions, these barrels were smaller and were pushed by more people (the so-called “spingitori”), today, however, the barrels are larger and the teams are made up of two “spingitori” per contrada.

For further information about the contrade, read the post History of the 8 districts of Montepulciano 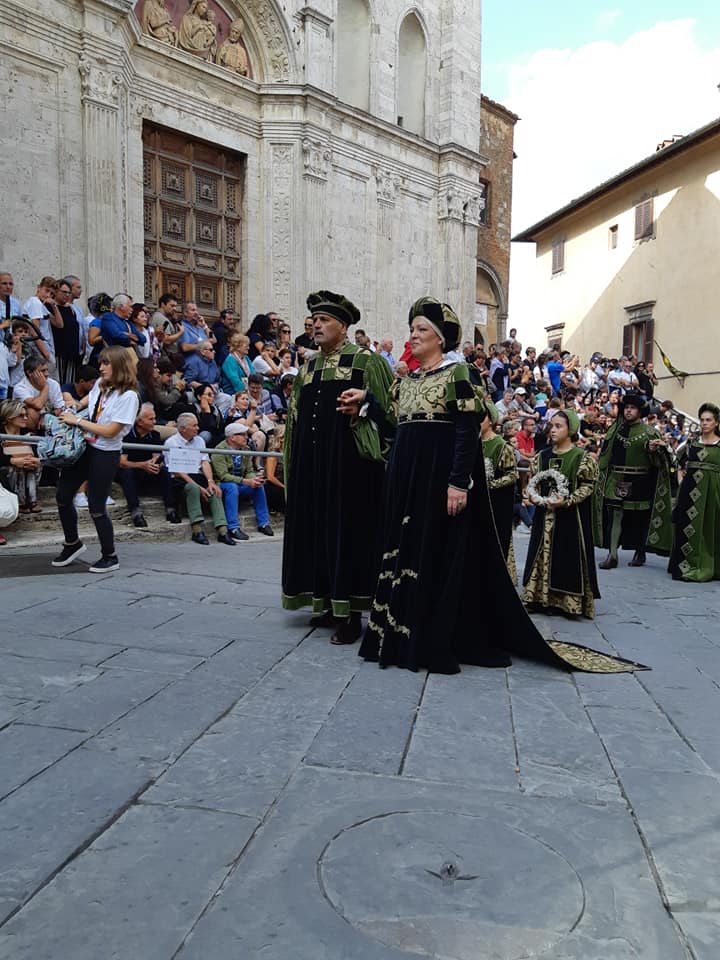