Monticchiello, why this town is a must-see in Val d’Orcia?

Why do we recommend visiting Monticchiello among the numerous villages located close to Borgo Tre Rose?
The answer is: because this hamlet is one of the most characteristic in Val d’Orcia, boasts some medieval remains and is the place where a social and cultural project called Teatro Povero (Poor Theater) was born.
The distance from Montepulciano is only 8 km, so it is quite easy to organize a day visit without any rush. 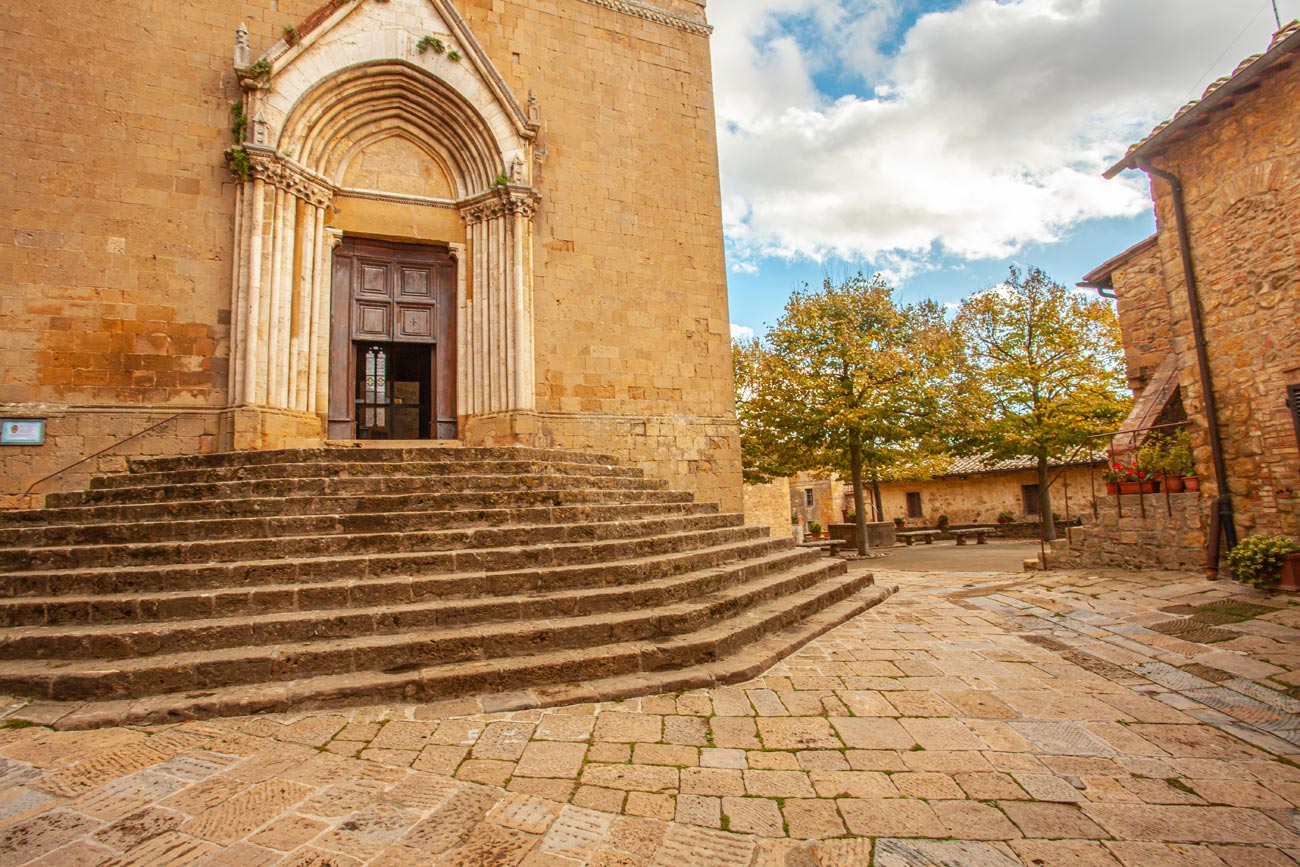 Monticchiello is just a hamlet of Pienza and is immersed in the Sienese countryside, however, unlike the Ideal City, it has the austere style of medieval fortresses, very far from the Renaissance scenario that made Pienza well known in the world.
The current structure of the town dates back to the XIII century, with the walls, the donjon and the church, and we recommend a visit to the church of Saints Leonardo and Cristoforo, where frescoes of the Sienese school dating back to the XIV and XV centuries are kept.

The most flourishing historical period for this town was the one that began in 1243, when the construction of the Cassero, the walls and the Church was completed.
This led to development of craftsmanship and growth of the population, in addition, the village became a bulwark of the defensive system of the Republic of Siena.

In the mid-sixteenth century, things changed due to the Franco-Spanish war, when the city surrendered to Francesco da Montaguto, plenipotentiary envoy of Duke Cosimo De‘ Medici, following a siege that ended with the conquest of the castle.
On June 26, 1778 Monticchiello becomes part of the Municipality of Pienza by the decision of the Grand Duke Pietro Leopoldo. 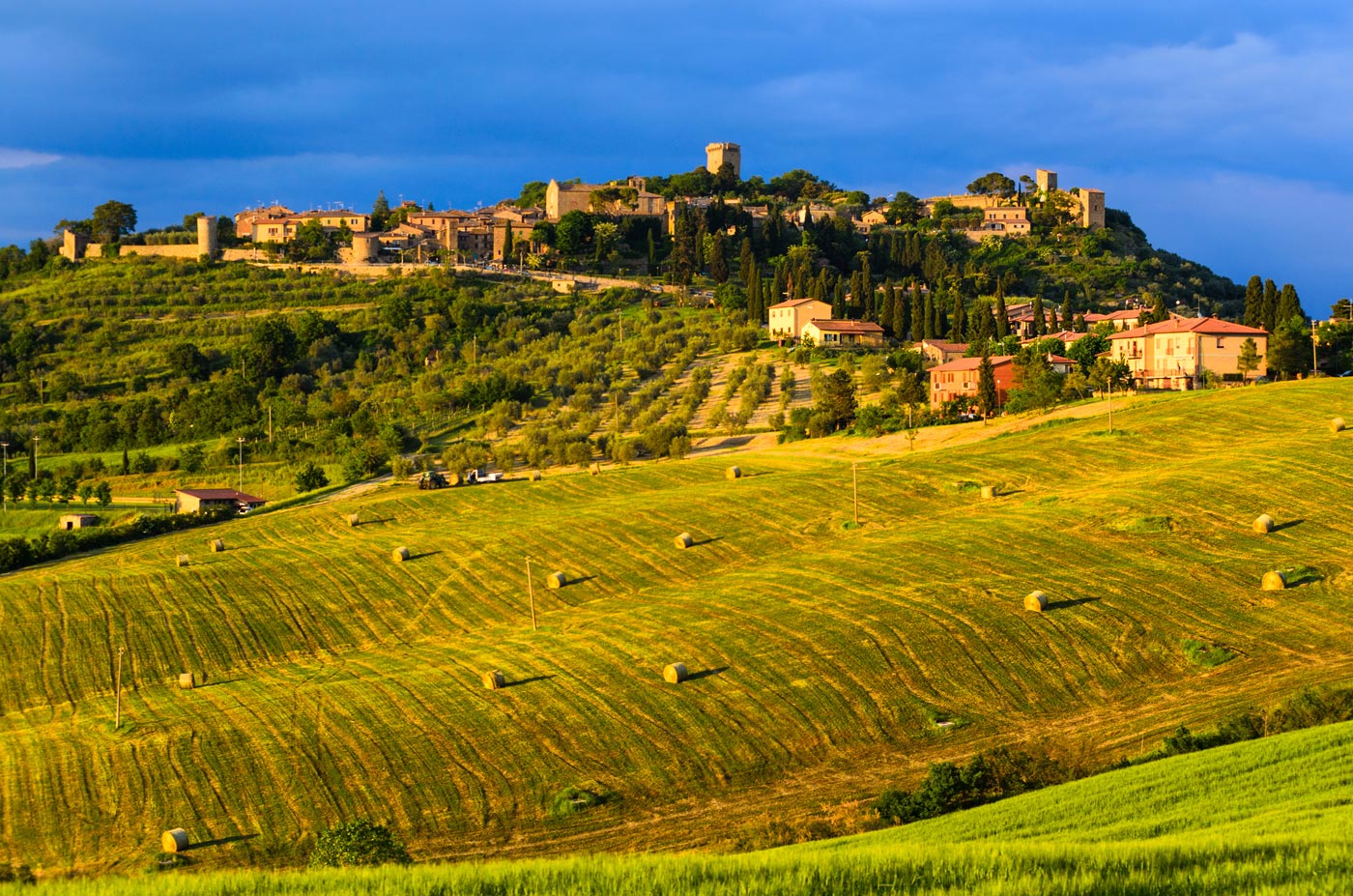 Where does the name Monticchiello come from?

It is assumed that the name of the town is of Roman origin, because it could have been founded by the Gens Cloelia, therefore the name derives from the Latin Mons Cloelii.

Visiting the hamlet on foot it is easy to realize how it is possible to preserve the medieval aspect without neglecting the attention to the landscape, since the Val d’Orcia surrounds this small village in an embrace.

The Poor Theater of Monticchiello 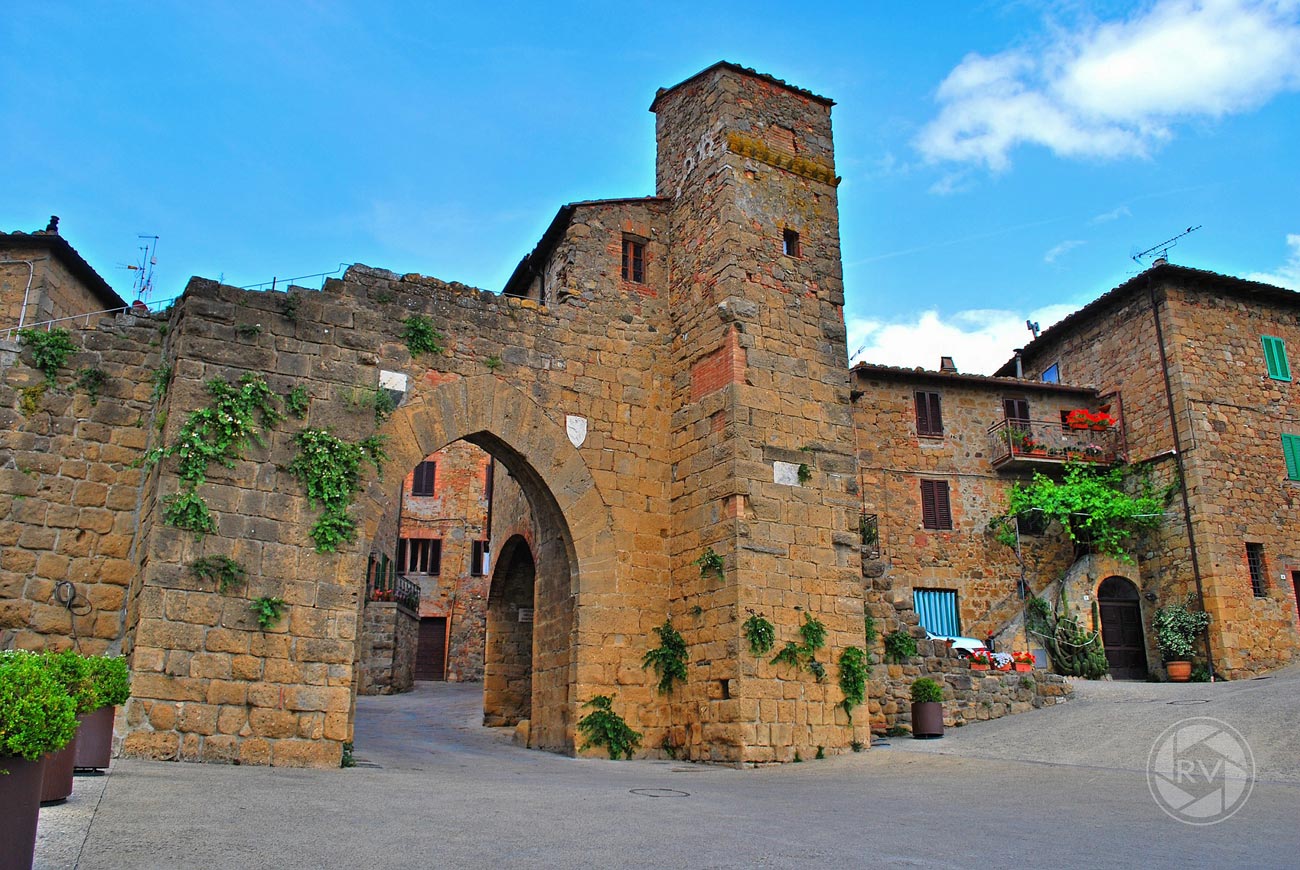 In the Sixties, a unique project of its kind was born, which made Monticchiello more popular among demanding travelers: precisely because there is no theater here, it was decided to create one in the square, a sort of public show that involves all the inhabitants, as actors and spectators.
This is the Teatro Povero (Poor Theater), which provides for a different summer show every year, on a theme chosen by the population in the previous months.
Since 1980 there has been a cooperative called the Compagnia popolare del Teatro Povero di Monticchiello which takes care not only of the organization of the shows but also of other cultural events that make this village truly unique.

To find out more, we recommend visiting the official website https://teatropovero.it/.

Reserve a visit to Monticchiello, perhaps in summer, you will not be disappointed at all.