Trekking and hiking paths near Montepulciano

A region of ancient traditions, a place of passage that saw the birth of several castles and hamlets along the routes that crossed it. Tuscany, indeed, is not only intersected by the Via Francigena and its branches, but also by other paths that are ideal for that slow tourism which has confirmed to be, over the years, a growing trend. Among the many activities in Val di Chiana, hiking and trekking in Montepulciano and its surroundings cannot be missed.

Walking through the vineyards of Vino Nobile 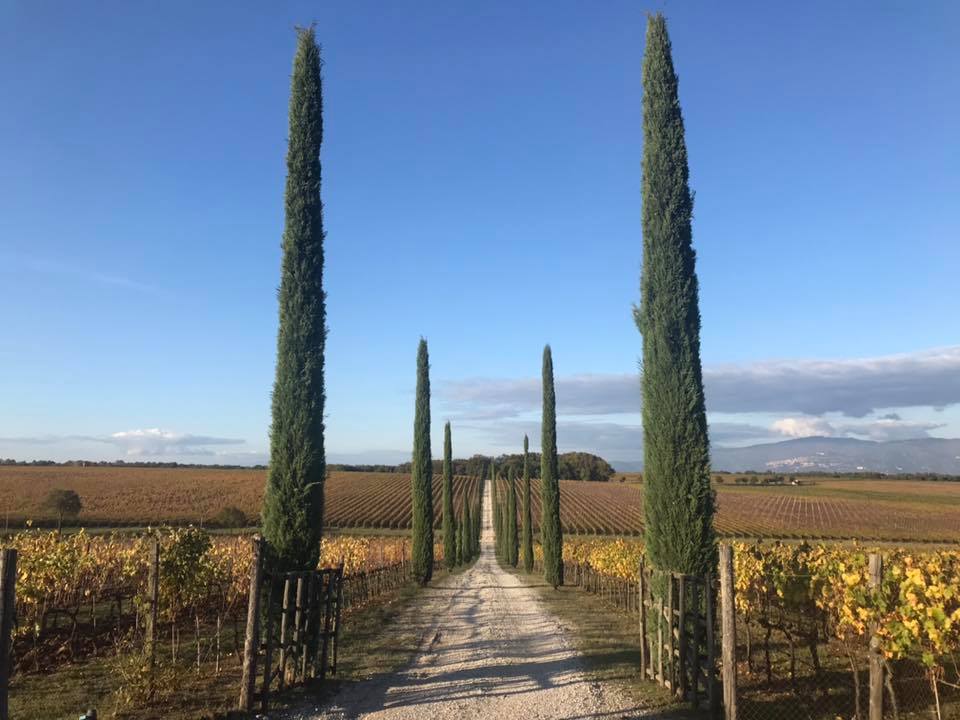 A path that, from Montepulciano, crosses the territory delimited by the vineyards of precious grapes and marked by different places of historical and artistic interest (such as the Temple of San Biagio and the church of the Madonna delle Querce), to reach Lake Montepulciano. Eighteen kilometres to go in less than four hours constitute the Sentiero del Nobile which, from the fourteenth-century church of Sant’Agnese, ends to the natural reserve comprising the lake where the same path joins the Sentiero della Bonifica, also connecting Arezzo and Chiusi for about sixty kilometres.

Walking tours among the vineyards for a few kilometres are also possible to enjoy not only the countryside cultivated in rows but also the particular scenery with Montepulciano from a different perspective, both visual and narrative with the history merged to the geography of the territory, its ancient and enogastronomical traditions as well as curiosities related to the world of cinema.

Another route through the countryside of Val di Chiana is that of six kilometres which, in about two hours on mostly white roads, connects Montepulciano to Montefollonico. Among the cardinal points of this path there is the Church of San Biagio and, approaching this village surrounded by ancient defensive walls, the Church of Triano which offers a wide view of the valley. The path is indicated as simple and goes through vineyards of Vino Nobile, olive groves and woods of holm oaks. 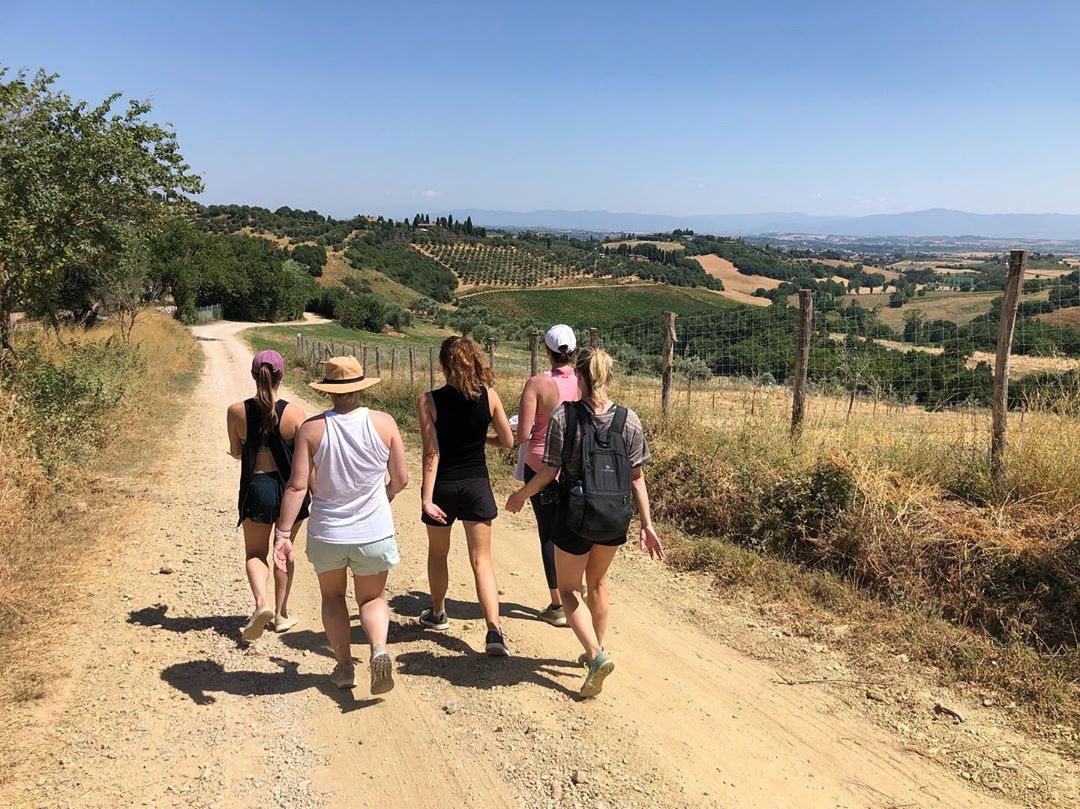 Other trekking routes in Montepulciano 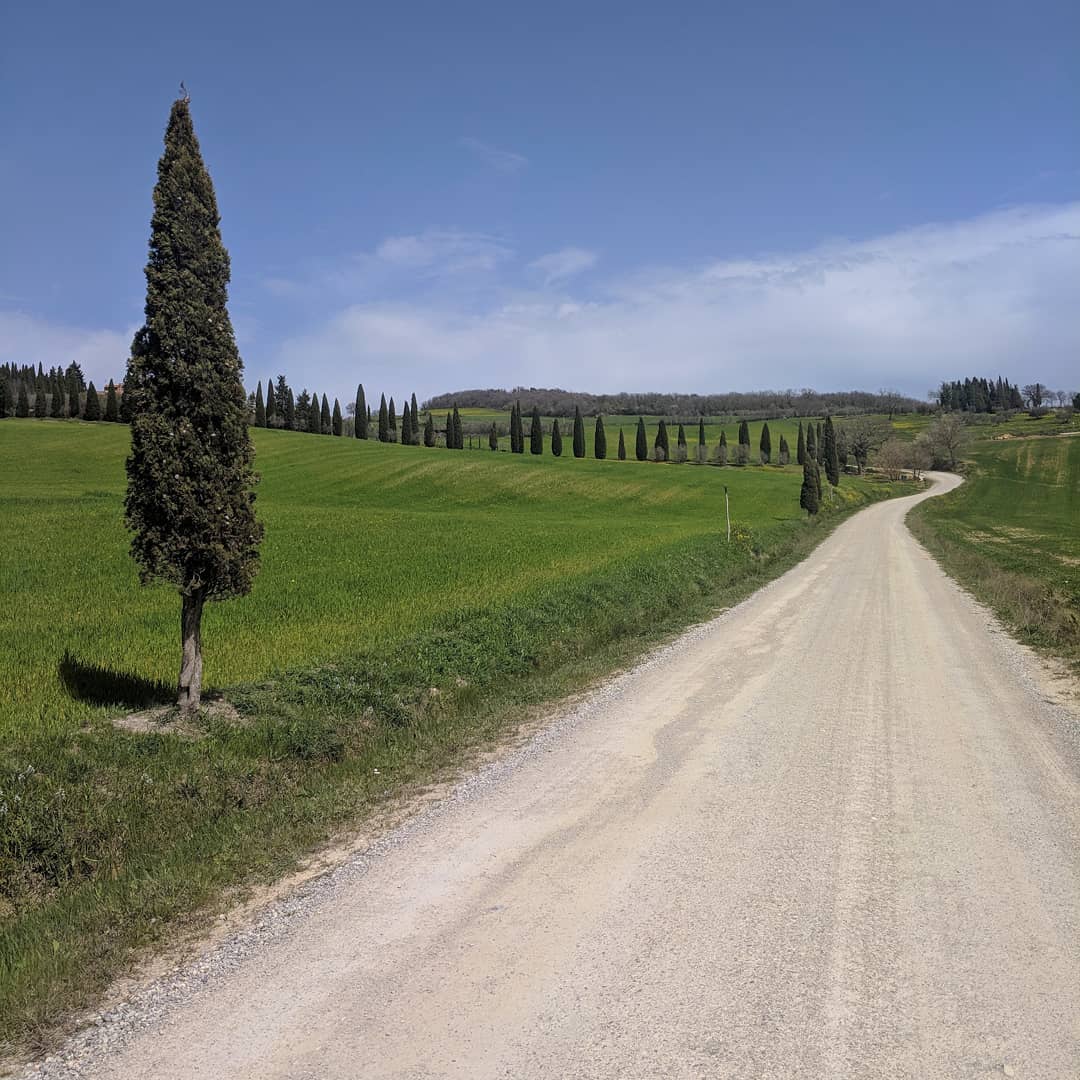 An interesting route is the one that joins Montepulciano to Pienza through two paths: the Sentiero della Barlettaia to Monticchiello and the Sentiero del latte di luna from here to the ideal city of Pope Pius II. The first is named after the producers of the „barlette“, the small wooden barrels that the pilgrims used to supply water. It has a length of nine kilometres between the landscapes of Val di Chiana to the nearby Val d’Orcia (this path continues up to Pienza through a panorama that is the one seen in the movie The Gladiator).

The second, through the green hills and the “biancane” (white sulphurous rocks) typical of the Sienese territory, from which, probably, the name derives, leading up to the Porta al Cigno, the southern entrance of Pienza. 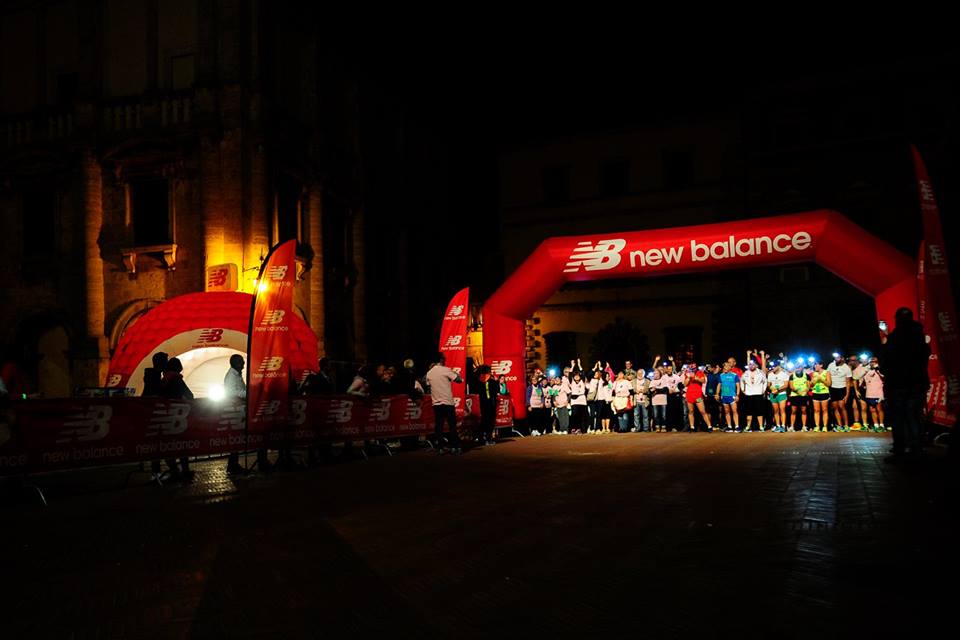 Montepulciano Run takes place every year on these roads, a three-day event with races of six, fourteen, twenty-five and forty-two kilometres, in addition to non-competitive walks, through the city at night, the natural scenery of the Val di Chiana, local wineries and historical buildings of Montepulciano.