Cetona is considered one of the most beautiful hamlets in Italy: nestled in the rolling Tuscan hills, located in the enchanting Val di Chiana, it’s a destination not to be missed.

This village is about 25km far from Montepulciano, easily reached via the provincial road 19 in about 40 minutes by car. 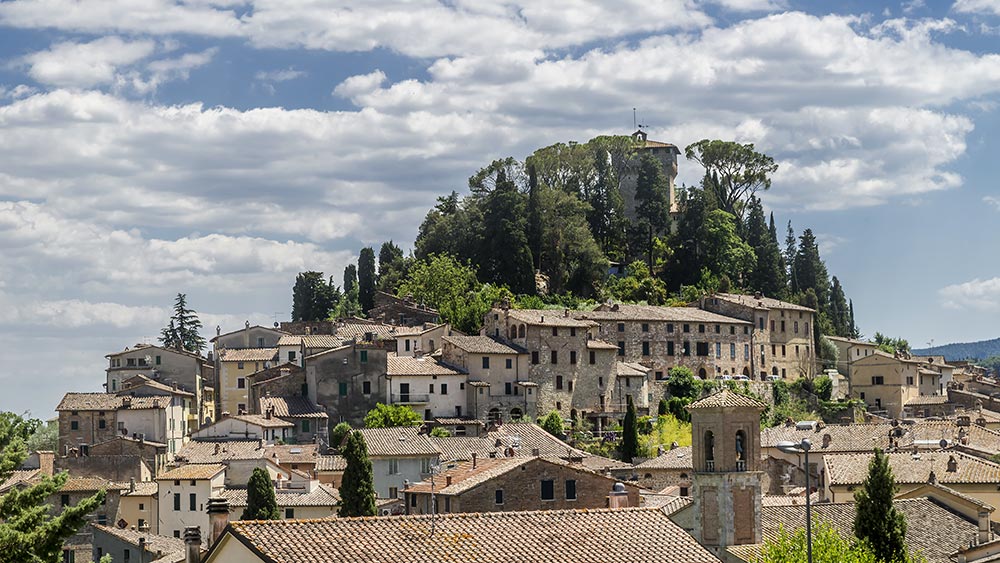 What to visit in Cetona

This small medieval hamlet has Etruscan origins, clearly visible in the alleys that branch off from the residential center and from the square.

The urban structure of Cetona is characterized by stone and brick, which generate a wonderful contrast with the green which the village is characterized by. It’s the perfect place to enjoy a panoramic walk, climbing the narrow paved streets to reach the citadel, reaching the ancient settlement of houses situated at the wonderful Renaissance square. 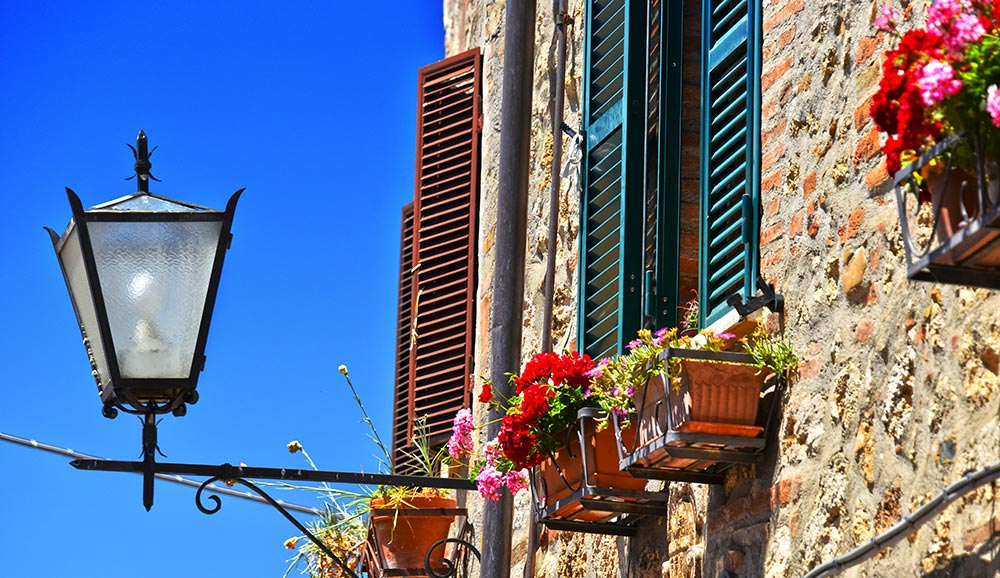 The square is dedicated to Garibaldi and has a particular oval shape, which is really surprising for its width in a village of such small size.

The loggia that embraces the main square was once home to the covered market.

„A joy of serene forms“ – as described by the writer Pietro Grassini, a town able to evoke the disappeared ghosts of ancient times, the medieval flavors and incredible naturalistic suggestions.

Walking through the streets of the village, you can admire the ancient XVII century and XVIII century buildings, among which the ancient Palazzo Vitelli stands out for its beauty. Also, not to be missed is the former church of the Santissima Annunziata, dating back to the XVI century, now used as a venue for exhibitions and the church of San Michele Arcangelo, built in 1155 but restored in the second half of the XVII century.

The most beautiful church is located in the small square of the collegiate church, dedicated to the Holy Trinity. A simple church, with a Romanesque layout, which can boast of the wonderful frescoes of the Pinturicchio school. Noble buildings line the streets: the ancient Palazzo di Giustizia, Palazzo Sgarroni, Palazzo Minutelli – now housing the Town Hall and the Civic Museum of Cetona.

Going up towards the Rocca, you’re going to cross the evocative district of the Monache, where the houses follow, lined up, the ancient route of the walls. The windows and doors are often still covered with stone, and from them, the gaze can be lost between the countryside and the mountains, letting yourself be enchanted by the brilliant silver of the olive trees and the dark green of the cypress trees.

What to do in Cetona

This hamlet has a strong naturalistic character, which makes it the perfect place for enchanting walks – on foot or by bike, but also adventurous excursions on Monte Cetona.

For those who want to savor the medieval charm of Cetona, you can organize interesting visits to the museums of the village, including the Archidorus and the Civic Museum.

The Oil Festival, the Autumn Festival, Cetona Estate Festival, the Sagra del Bico (a typical focaccia) and many other fairs and events are organized in town throughout the year. If you find yourself in Cetona in the right period, don’t miss the chance to enjoy the authentic atmosphere of Tuscany! 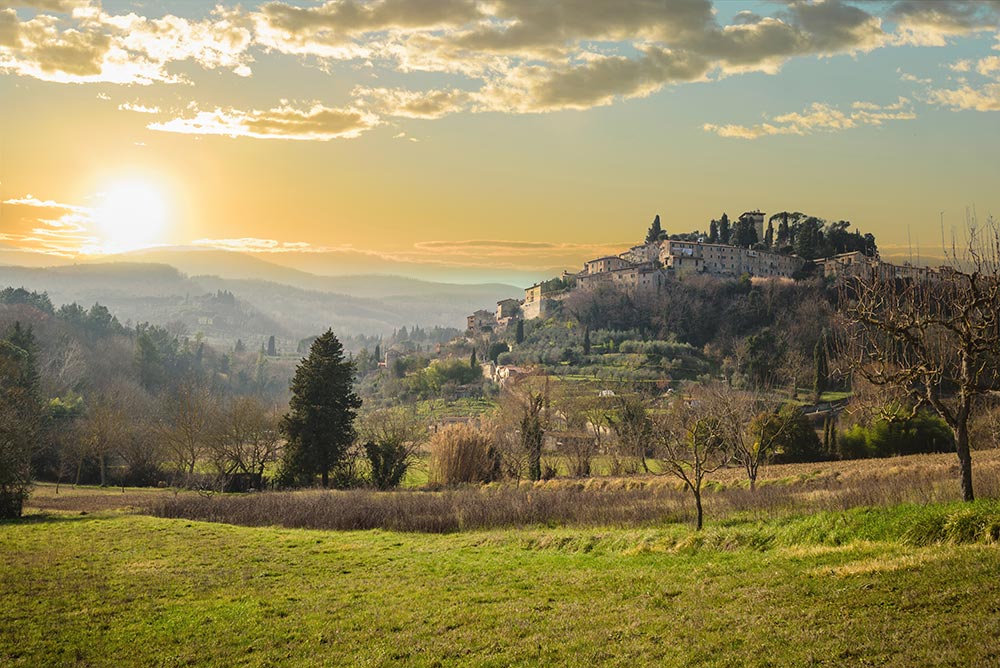