Florentine steak, pappardelle with wild boar, ribollita, pappa al pomodoro… these are only a few typical deli of Tuscany, but this time we recommend you a lesser-know specialty, that is a traditional peasant food, now celebrated with local feasts.

What is and where Ciaffagnone comes from 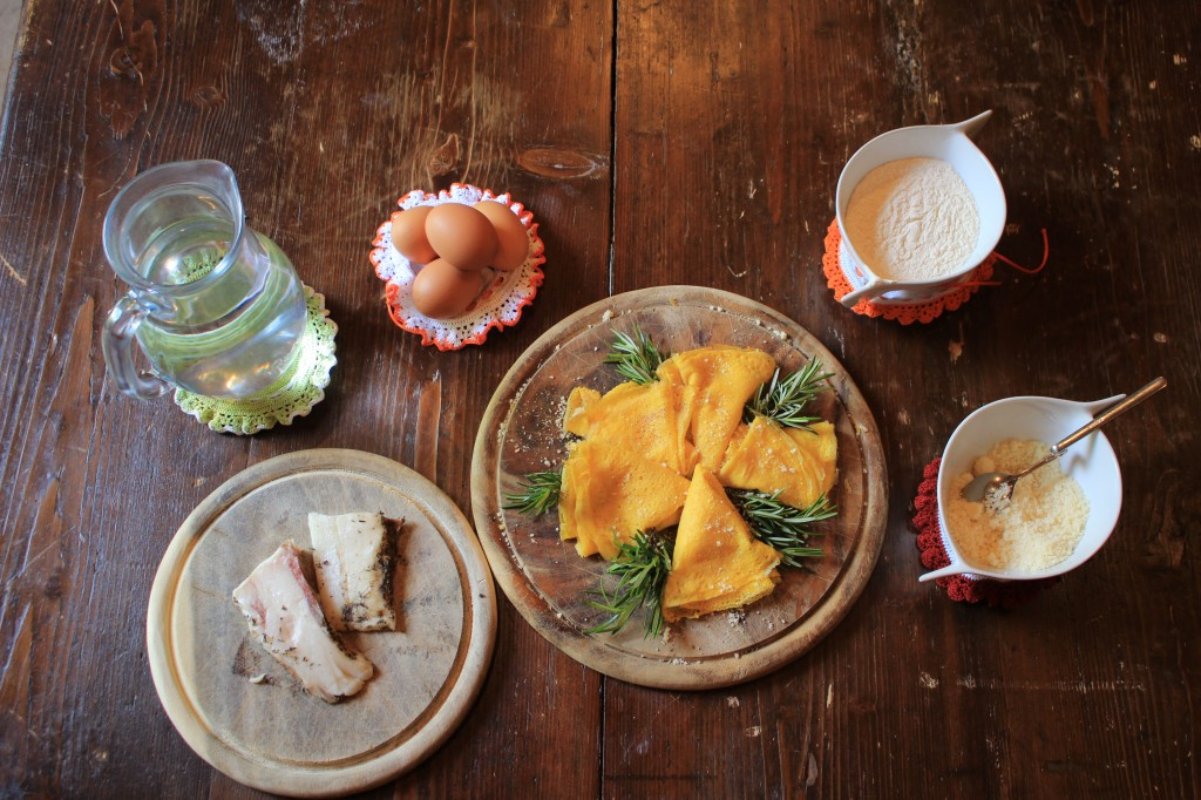 Not a crepe, not a flat bread, nor an omelette. The ciaffagnone is a kind of food very typical of Tuscany. It’s made with egg, flour, water, and salt, cooked in an iron pan greased with lard, which, according to the tradition, must be seasoned only with a sprinkling of mature pecorino cheese.

At first glance – actually – it is very similar to the crepe. In reality, the ciaffagnone is much lighter because is made without butter and milk, and is decidedly thinner.

Yes, because one of the main features of ciaffagnone is its thickness, so thin it seems transparent.

This specialty with a curious name has ancient origins and, in the past, was used to replace bread. According to a legend, in the XVI century a Tuscan woman would find herself cooking for the French court proposing to the guests a taste of ciaffagnone. It would have been appreciated so much to be proposed in the menus for Caterina de‘ Medici and transformed, with the addition of eggs and butter, in the current crepes. 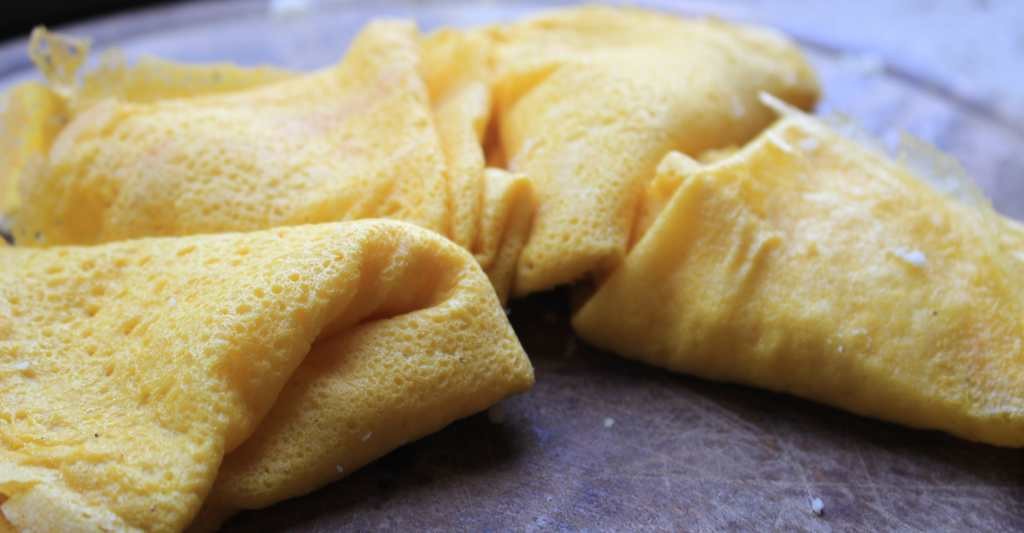 Much of the merit of his tastiness comes from the skill of women who, in addition to making a perfect dough, preserve the art of movement to turn the ciaffagnone very quickly, an ability handed down from generation to generation.