Lovers of trekking and mountain biking, come on! If you have already been to the most popular destinations in Tuscany and you have visited the main attractions of Val di Chiana, don’t miss a pearl of unspoilt nature just a few kilometers from Lake Montepulciano: Bosco delle Cerraie.

The origins of the name Bosco delle Cerraie 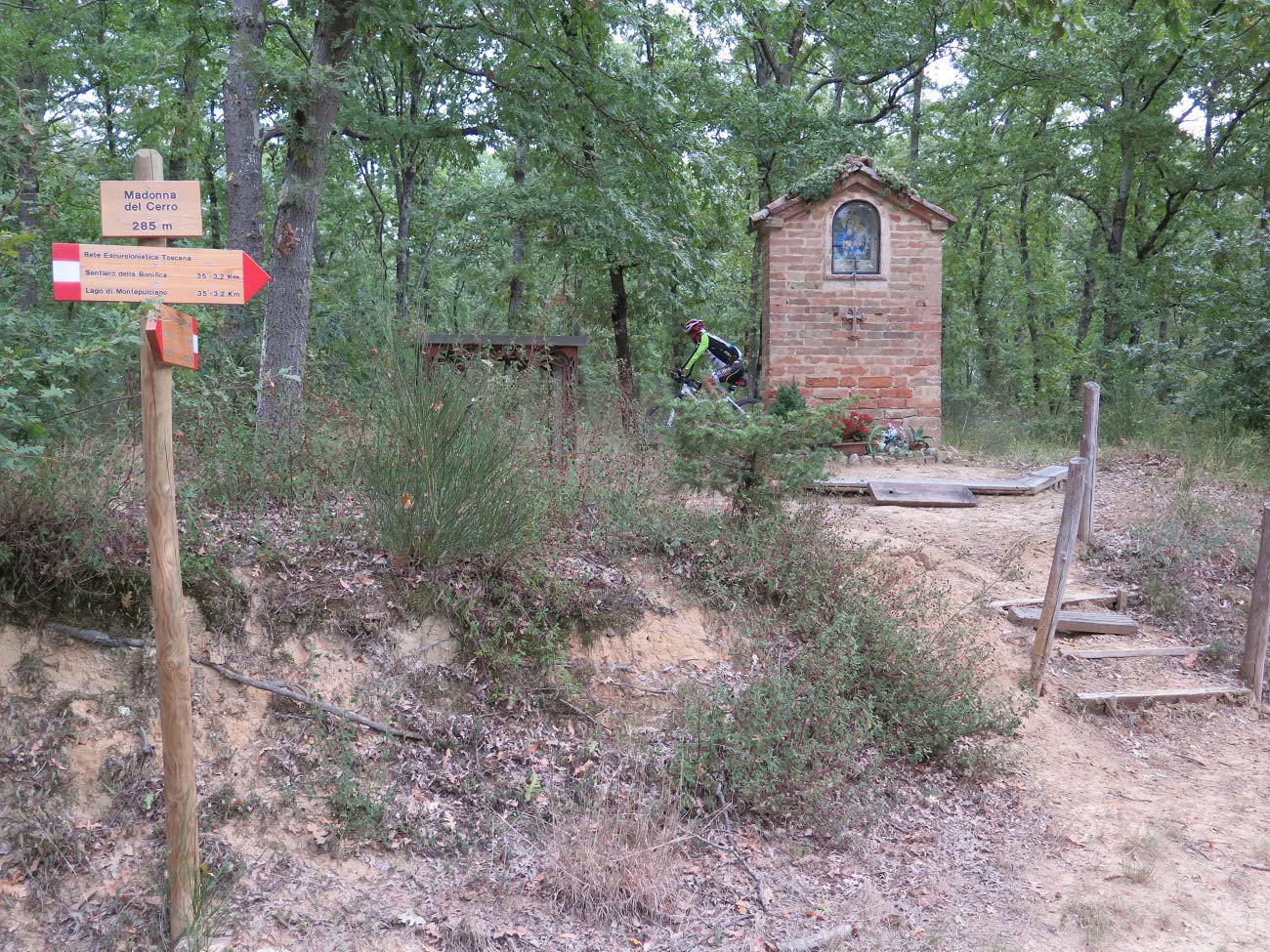 The Cerraie’s wood is a hidden treasure located between Chianciano and Montepulciano, at Tre Berte area. It takes its name from the oak trees that are a peculiarity of this territory and is one of the largest woods of the Sienese Val di Chiana.

In addition to the scenic and natural beauty, the wood attracts tourists that want to visit the Madonna del Cerro, an ancient shrine located on a hill surrounded by secular oaks. According to the legend, this altar was built by a charcoal burner who, while passing through the forest during a storm, was hit by a Turkey oak tree split in two, due to a thunderbolt, but he was unharmed.

He saw next to him the image of the Virgin Mary in the hollow of the Turkey oak, so he attributed his salvation to it and built the shrine in her honor.

From then until today the altar has been the object of devotion by the inhabitants of the area, especially the hunters who are going to the forest because of the great variety of game. The sanctuary, in fact, is also called Madonna del Cacciatore (Madonna of the Hunter).

Every year, between the end of June and the beginning of July, the Madonna del Cerro Festival is celebrated inside the wood, and this year this event came to the 18th edition.

An event that was born with the aim of promoting the culture of rurality, through forms of social aggregation in the middle of nature and that attracts people from the surroundings. 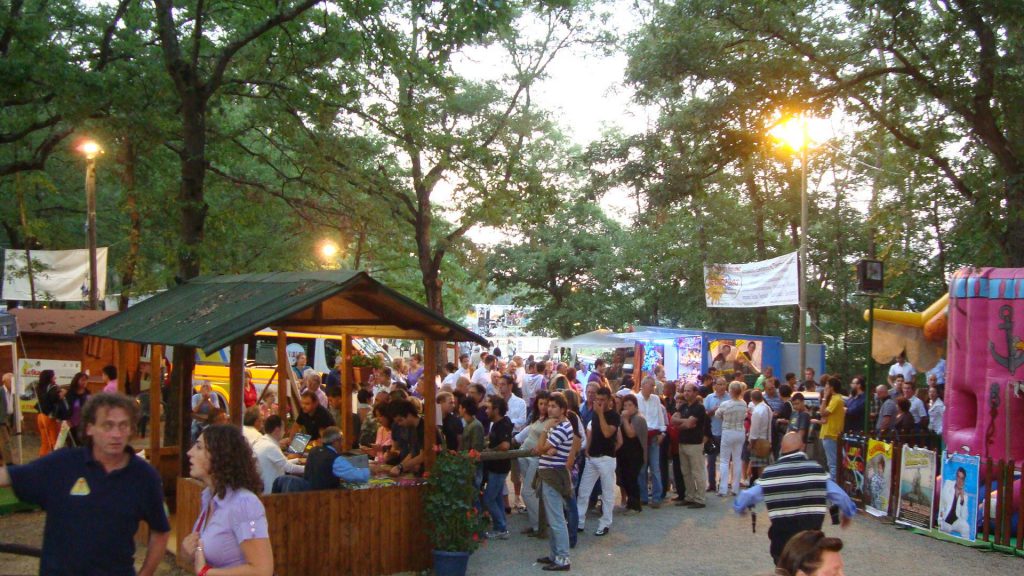 The festival hosts food and wine stands, all made following traditional recipes, that you can taste under the Turkey oaks of the first summer evenings.

In addition to the typical food, in the evenings you can watch concerts and join activities for adults and children such as the ride of the forest on horseback or on the back of a donkey.

You can explore the Bosco delle Cerraie following the „Sentiero del Cerro“ a nature trail for who like authentic Tuscan countryside. This is a 6 km route and features signage that can be used throughout the year. This is an evocative journey through Tuscan nature that worths a visit on foot as by bicycle or on horseback. 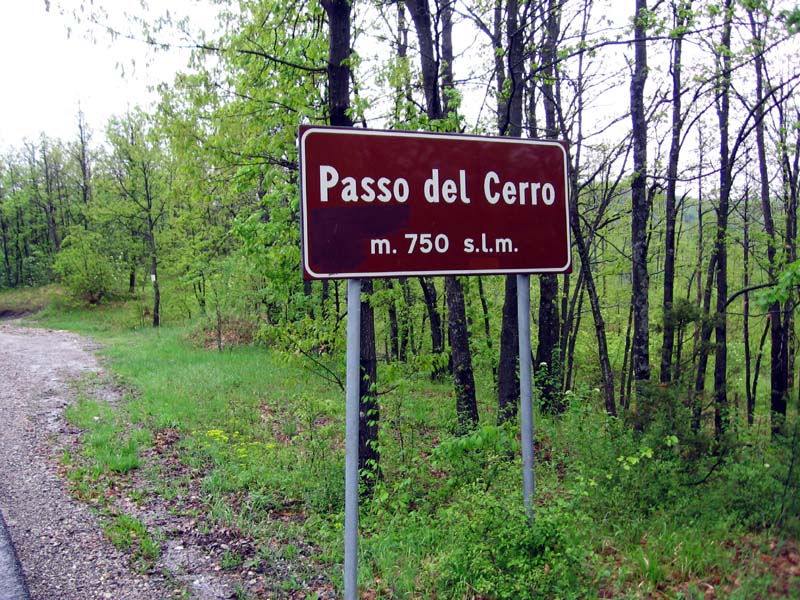