The history of Cagnano district in Montepulciano

Among all, it is the district (aka Contrada) that has won the Bravio delle Botti the most: ten times. The challenge between the eight districts of Montepulciano – Cagnano, Collazzi, Coste, Gracciano, Poggiolo, San Donato, Talosa, Voltaia, of which we have already told– is a tradition that repeats every year adding a new piece to the centenary history of the hamlet and of the same districts, just like that of Cagnano. 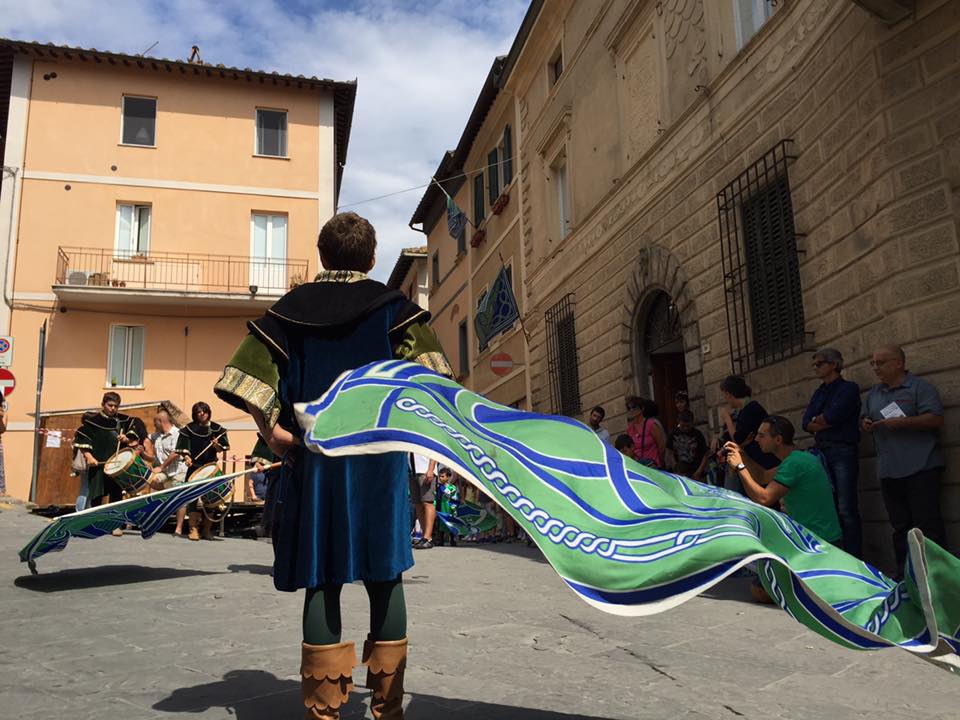 The origins of the Contrada di Cagnano 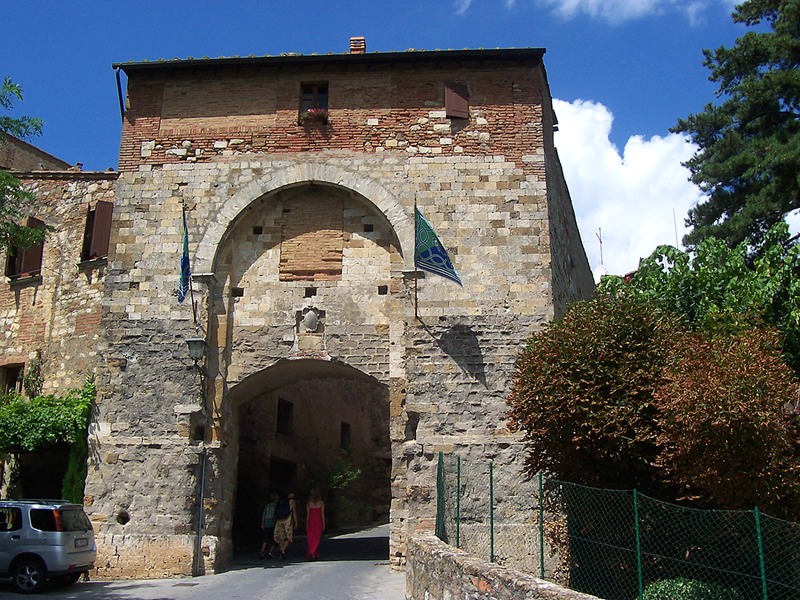 Initially considered a „village“ aggregated to the original urban agglomeration of Montepulciano, still central today, Cagnano was incorporated during the Thirteenth Century, when the second city wall was built including it. On these walls, there was the Porta delle Farine which, with a double-arch system – one with a pointed arch and one with a depressed arch – housed the city’s closure systems to what is still the main access route for those arriving in Montepulciano from Chianciano.

Further, the various artisan workshops and merchant activities of the district continued to grow in size and importance within the context of the city, thus bringing prestige to families such as the Ambrogini in which was born the Renaissance poet and humanist Angelo, known as „the Poliziano“ and to the court of Lorenzo Il Magnifico. His birthplace, Palazzo del Poliziano, is still visible in the Contrada di Cagnano. 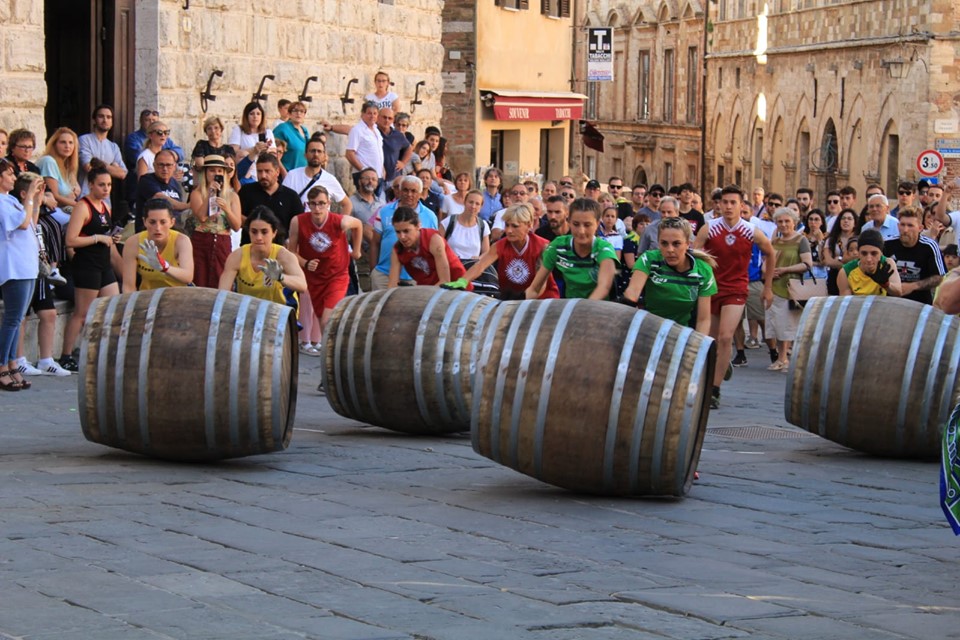 The distinctive traits of Cagnano 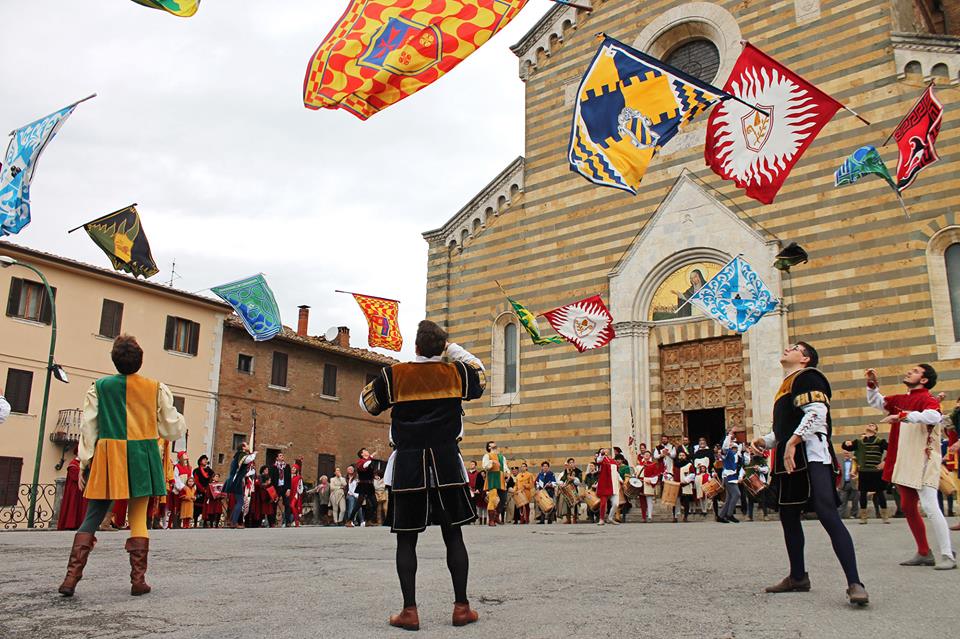 There is information about the division of Montepulciano into eight districts since the city statute of 1337. The same were divided into three groups dedicated to S. Agostino (Gracciano, and Poggiolo), S. Francesco (Coste, Talosa, and Voltaia) and S. Maria (Cagnano, Collazzi, and S. Donato) so it is not surprising that the main church of the district is dedicated to Santa Maria dei Servi.

Dated to the 14th Century, the Marian shrine, after the destruction of the first original building, was rebuilt further to the miraculous appearance of the Virgin Mary in the place where it still is today, and which is the meeting point for the Contrada’s festivities. The gothic-style façade and the bell tower in bricks, dating back to the Eighteenth century, disguise a single nave renovated in Baroque style, as well as numerous works of art of value, including several portraits of Our Lady.

The District of Cagnano, with its green and blue coat of arms with a female dog feeding her puppies at the center, has had many opportunities to celebrate over the years. In fact, in addition to having won the most Bravii in the history of Montepulciano and the first prize in the third edition of „Dame della Botte“, a version reserved to women of the Bravio that took place on June 2019, it has also received prizes for flag-wavers and for drummers as well as in sports competitions and many food and wine awards, all of which are now on display in the district headquarters. 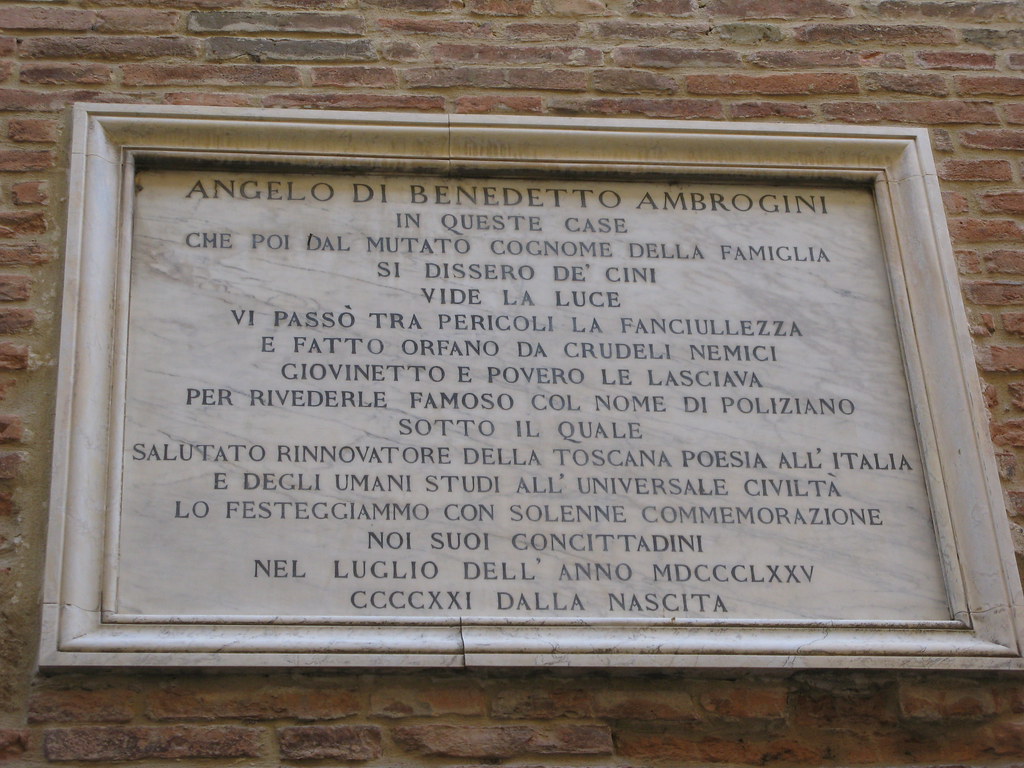