The origins of Montepulciano hamlet

Among the undisputed jewels of Tuscany, Montepulciano has a long history linked to the events of the whole area of the Val d’Orcia and the nearby cities of Florence and Siena up to the ancient Rome.
Renowned even nowadays for the beauty of its palaces, churches, and monuments, as well as for the production of wine Nobile DOCG, let’s discover which are the origins of this hamlet.

The birth of Montepulciano

There are several theories regarding the origin of the name of this hamlet that, according to some, is due to the one that, between the Fourth and Third century BC., was, as the legend says, the founder of the city, Porsenna, the famous leader and lucumone (an Etruscan term meaning king) of the nearby Chiusi. Thus, the name of Montepulciano would literally indicate the mountain of Porsenna, that is, of the king. 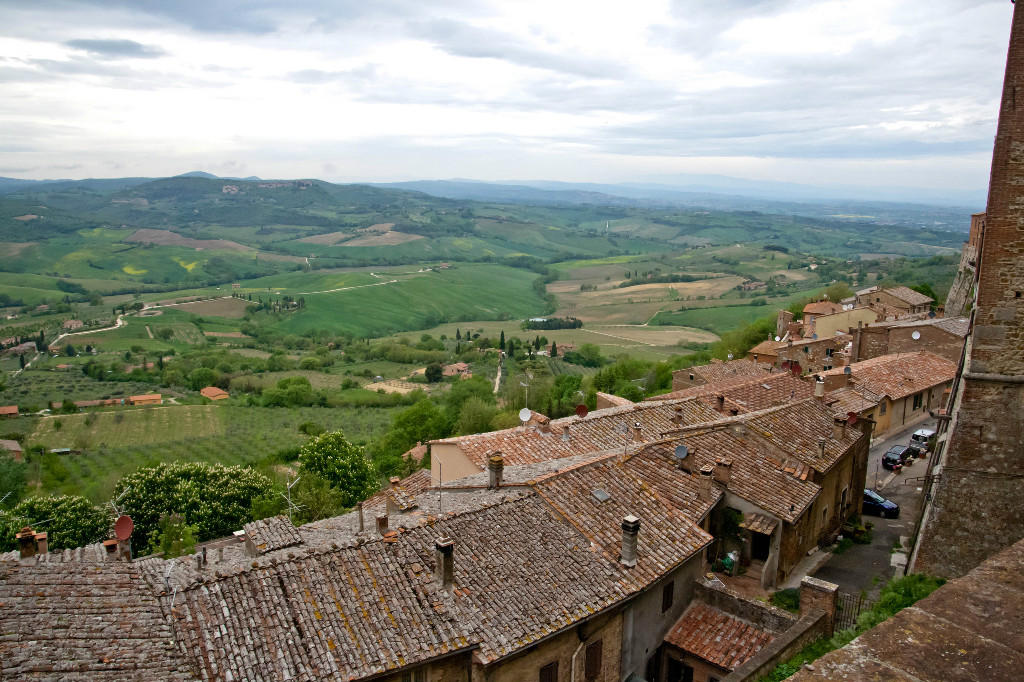 Credits: By Greta Ceresini [CC BY 2.0 (https://creativecommons.org/licenses/by/2.0)], via Flickr

Notwithstanding the interest of Rome for this location that represented a fundamental point along the ways connecting the capital city to the rest of the Empire, it is only in a document of 715 AC. that the first traces about it can be found as Mons Politianus.

From being a flourishing free city, in the Fourteenth century, it came under the control of the tyrants of the Del Pecora family, whereas the nearby Siena and Florence, attracted by its strategic geographic position and by the vitality of this center, competed for a long time for its dominion. It was only in 1390, with the expelling of the Del Pecora, that Montepulciano signed an alliance with the city of the lily (Florence) until the final peace of 1511, celebrated with the inscription Recuperatio Libertatis, A.D. 1511 on a jamb in the council hall, inside the town hall.

How the hamlet has changed during the centuries 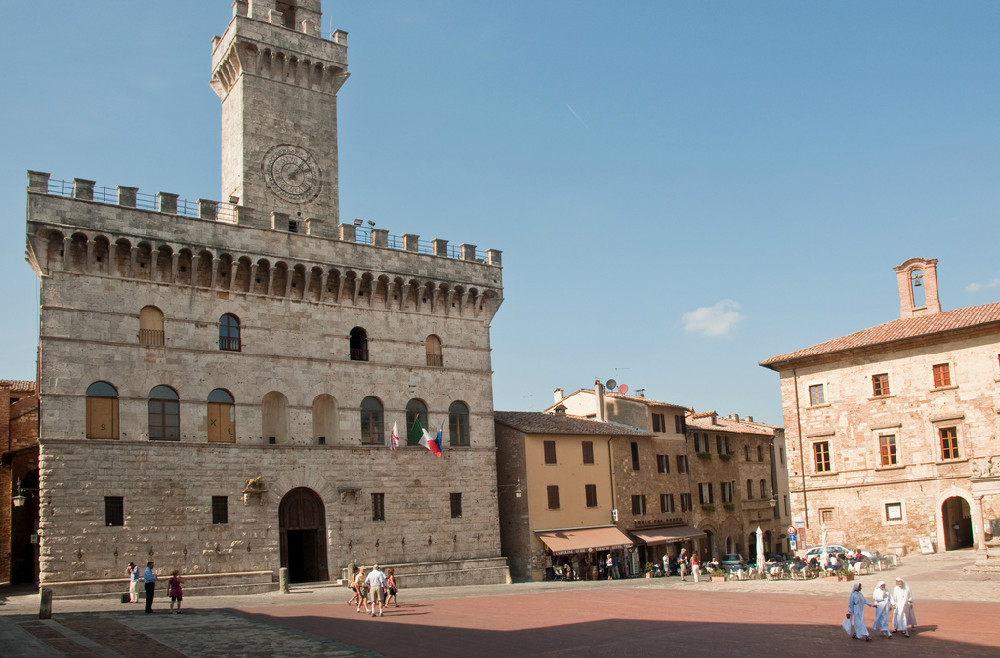 Credits: By Phillip Capper [CC BY 2.0 (https://creativecommons.org/licenses/by/2.0)], via Flickr

The historical center Montepulciano, adorned since the fifteenth century, has come to us in all its splendor. Monsignor Bartolomeo Aragazzi, the archpriest of the Cathedral and humanist of the Renaissance, was one of the most prominent figures for the city that was enriched by its noble families, from which also descended several important personalities of history (a Pope and numerous high priests, in addition to famous men in the arts).

Thanks to the work of the best artists and architects of the time, monuments and palaces – visible and, in some cases, today open to the public – were built in the center of the city for the families of the Contucci, Tarugi, Cervini, Gagnoni Grugni, while, between 1518 and 1545, outside the inhabited area, Antonio da Sangallo il Vecchio built the Tempio di San Biagio, a church with a Greek cross plan: a masterpiece from the Sixteenth century in Tuscany. 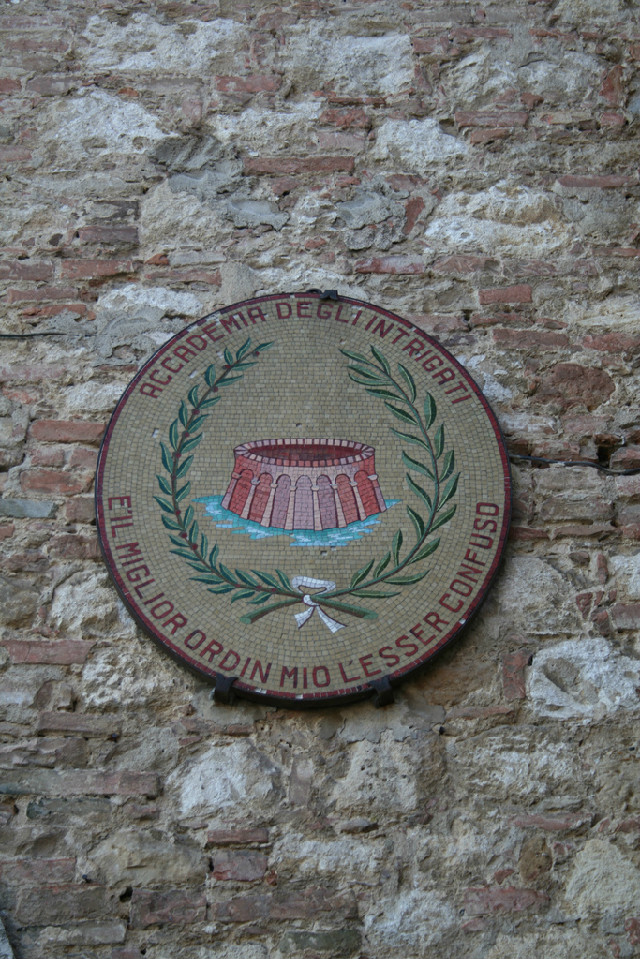 Between the Eighteenth and Nineteenth centuries, not only the Accademia degli Intrigati brought a flourishing literary activity to the city and built the famous Teatro della Società dei Concordi, but there was also the reclamation of the entire Val di Chiana, carried out by Peter Leopold of the Lorraine-Hapsburgs, which favored the agricultural and economic recovery of the entire area whom commercial heart became Montepulciano. 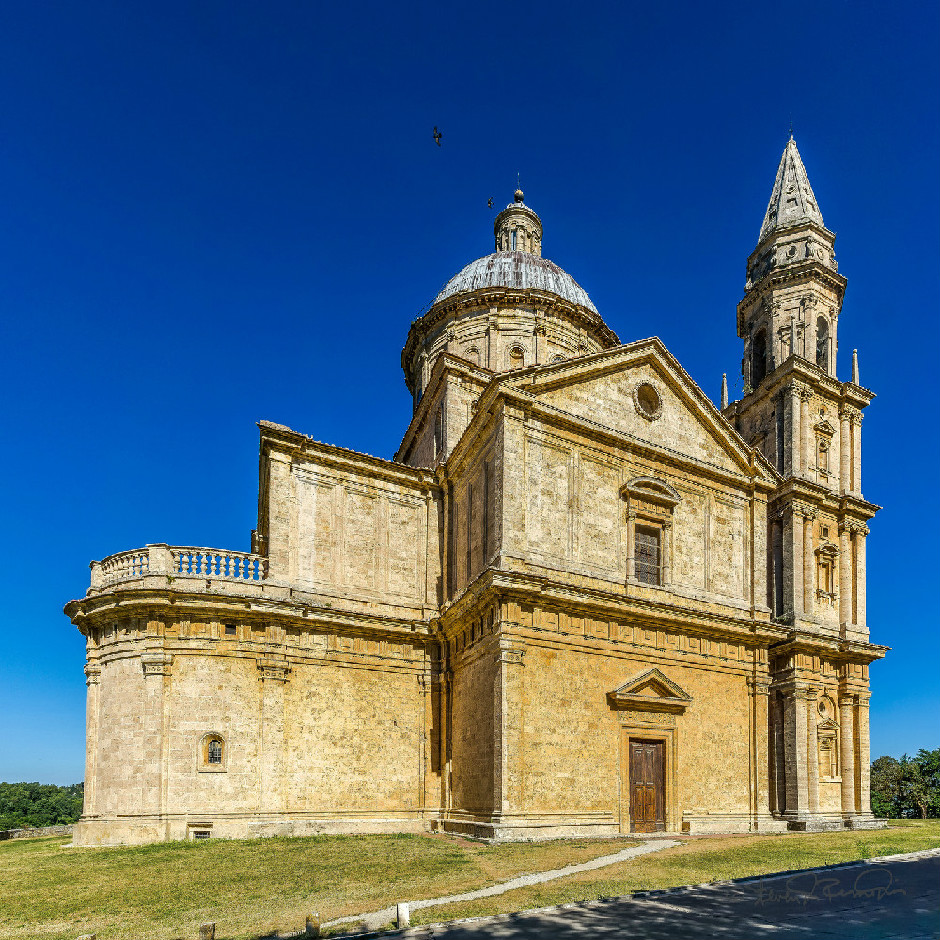 It is only with the Unification of Italy that the municipality of Montepulciano has been annexed to the province of Siena, where it still falls today, many centuries later those battles for its dominion.