Which churches should be visited in Montepulciano?

Despite the town of Montepulciano is of small dimensions, during its long history there have been plenty of churches built in it and that still today enrich its heritage with beauty and artistic masterpieces. This center is, indeed, known not only for the production of Vino Nobile and Vin Santo but also for the cultural flourishing that has characterized it over the centuries.

But which are the churches to visit in Montepulciano?

Churches to see besides the Temple of San Biagio

Renowned for its unique architectural features, the so-called Temple of San Biagio, designed by architect Antonio da Sangallo Il Vecchio, of which we have already spoken on the occasion of the celebrations of the 500th anniversary of the laying of the first stone, is the most famous church of Montepulciano. The other religious buildings, however, are not far behind, reserving numerous surprises for visitors. 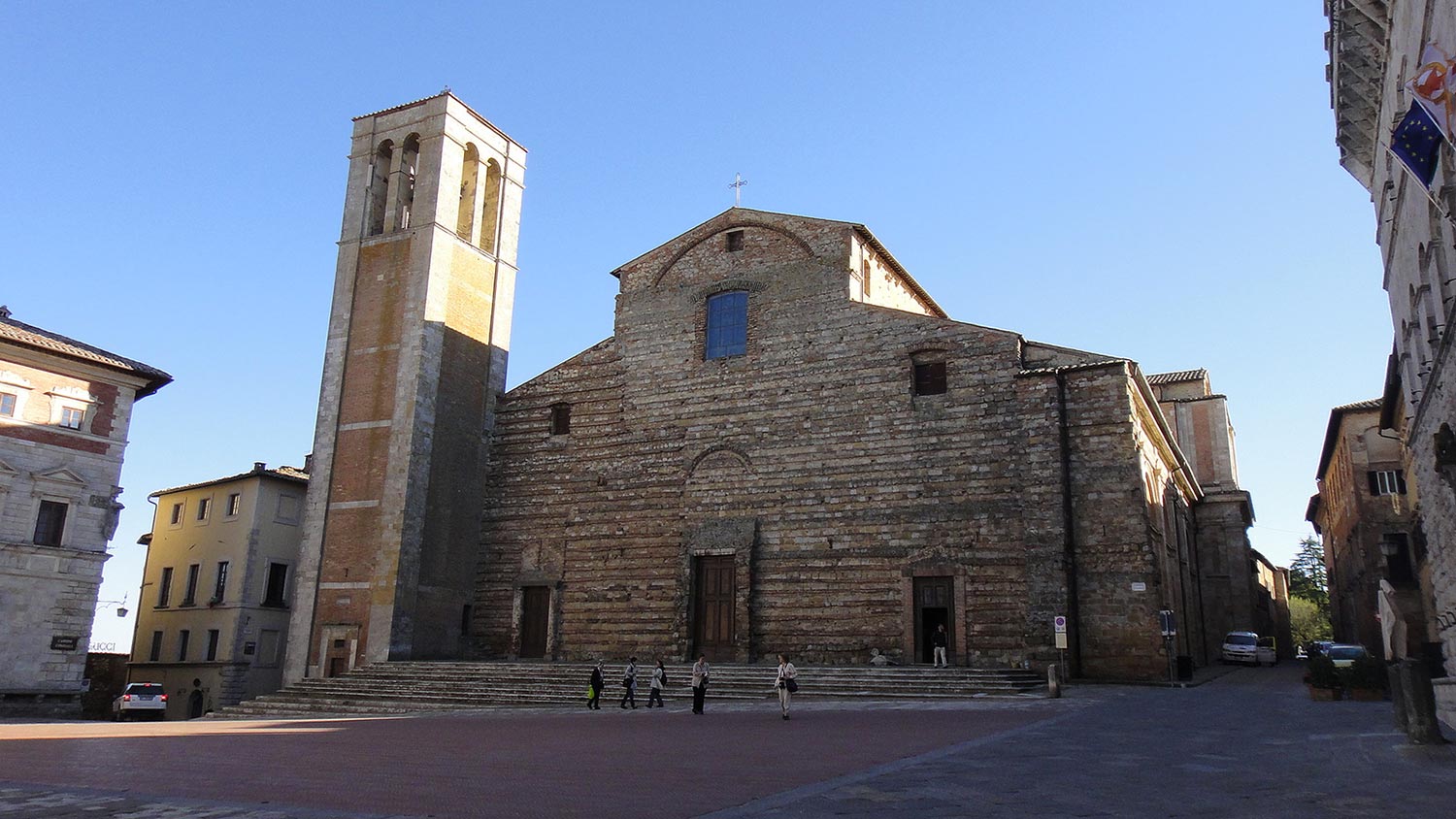 The Cathedral of Montepulciano, the church of Santa Maria Assunta, is a jewel of the Renaissance that borders on one side Piazza Grande, the historic center of Montepulciano, still unchanged since the Sixteenth century. Built on a previous church dating back to the Middle Ages, of which the bell tower has been kept, it has a Latin cross structure with three naves surmounted by cross vaults and barrel vaults. Inside there are precious works of sacred art such as, for example, the Triptych of the Assumption, painted in 1401, today on the high altar.

More recent in time is the nearby Church of Jesus whose construction, begun in 1681, was completed in 1712. The central-plan building has three altars and many paintings, stuccos, and statues made by artists of the time like the Sienese Francesco Notari and Bartolomeo Mazzuoli.

The Jesuit artist Andrea Pozzo attended to the work as well as he contributed to the renovation of one of the oldest churches in Montepulciano, of the Fourteenth century: Santa Maria dei Servi. There are several works in this building of Sienese artists, including the great painter Ugolino di Nerio, but also an ancient image of the Holy Mary saved from the destruction of the pre-existing structure by the Blessed Margherita Funari. The church was in fact destroyed and, after a miraculous apparition of the Madonna, rebuilt where it is currently located. 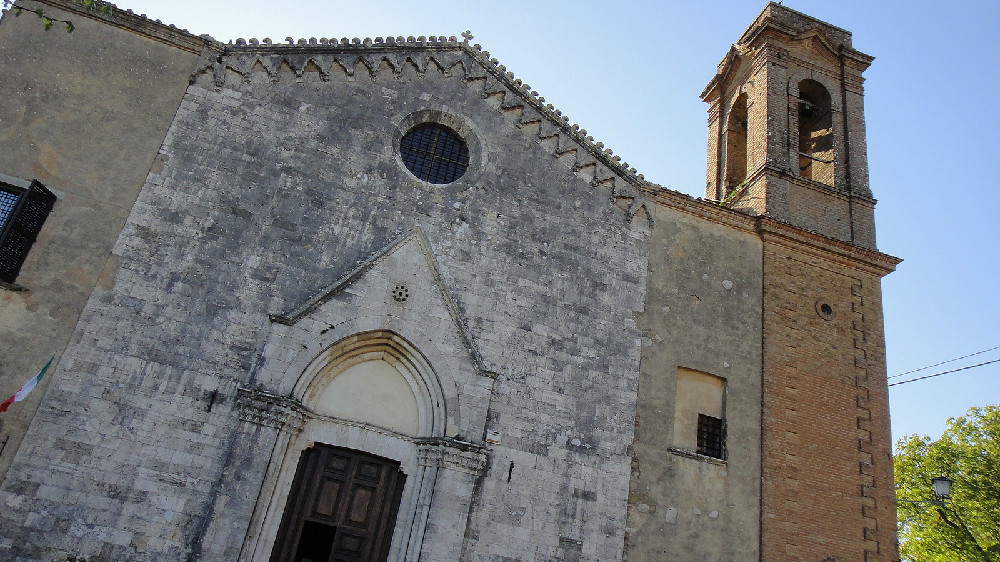 The other churches of Montepulciano to visit 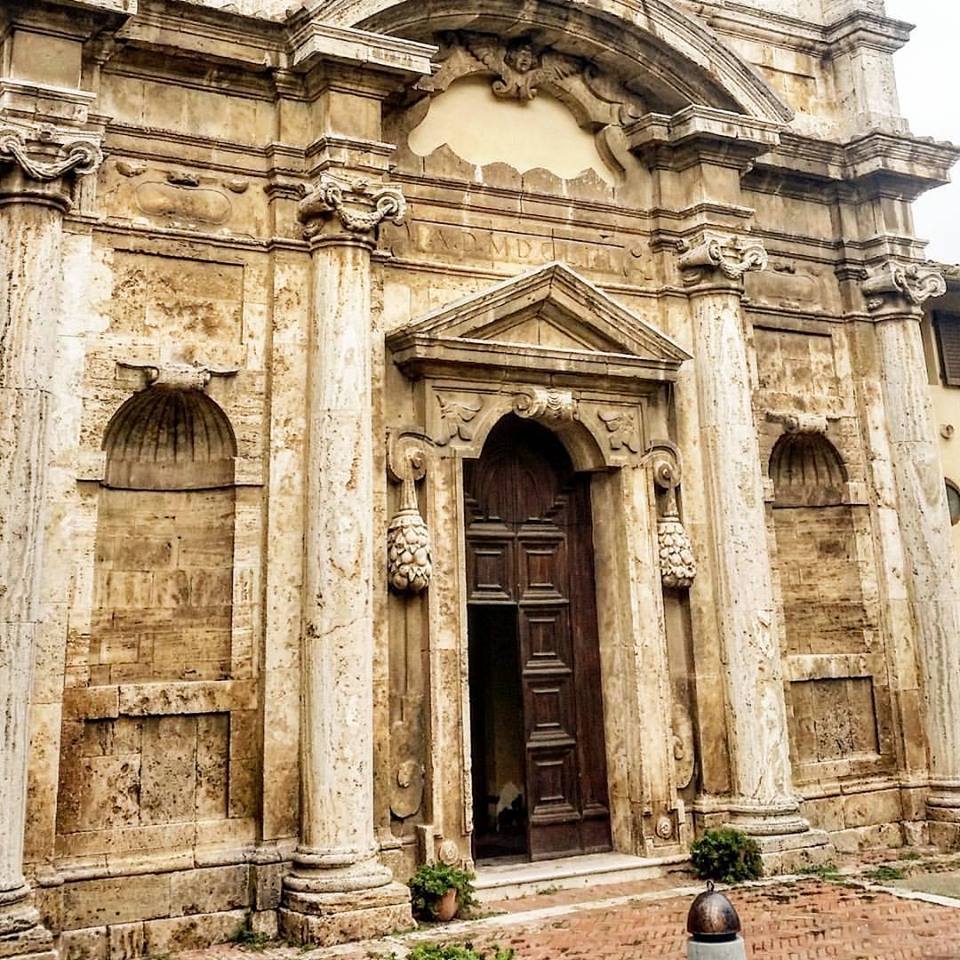 Even the Church of Sant’Agostino, founded in 1285, was restored during the Eighteenth century, completely modifying its original structure, but leaving intact the beauty of the different works of art and the important reliquary that are kept here. In addition to the terracotta relief representing the „Madonna and the Saints Battista and Agostino“ above the entrance door, the Polychrome wooden Crucifix by Antonio da Sangallo Il Vecchio also stands out.

Lastly, the Church of Santa Lucia in Montepulciano brings together in its façade the style of the two artistic currents that began in the Seventeenth century, when it was built: the late Mannerism and Roman Baroque. There are also here several outstanding works such as a wooden Crucifix by Giovan Battista Alessi and paintings by Gaetano Perpignani and Luca Signorelli.