Why there is the Tower of Pulcinella in Montepulciano?

The legend born around the figure of Pulcinella on the clock tower of Montepulciano to beat the hour for the inhabitants of the city, and the many tourists who every year immortalize it in their photos, has spanned the centuries. But how did this typical character of Neapolitan tradition arrive in the Tuscan hamlet?

Discover it reading this post and check out the other articles dedicated to the most interesting places in the surroundings, such as the Castle of Valiano.

The Pulcinella of Montepulciano 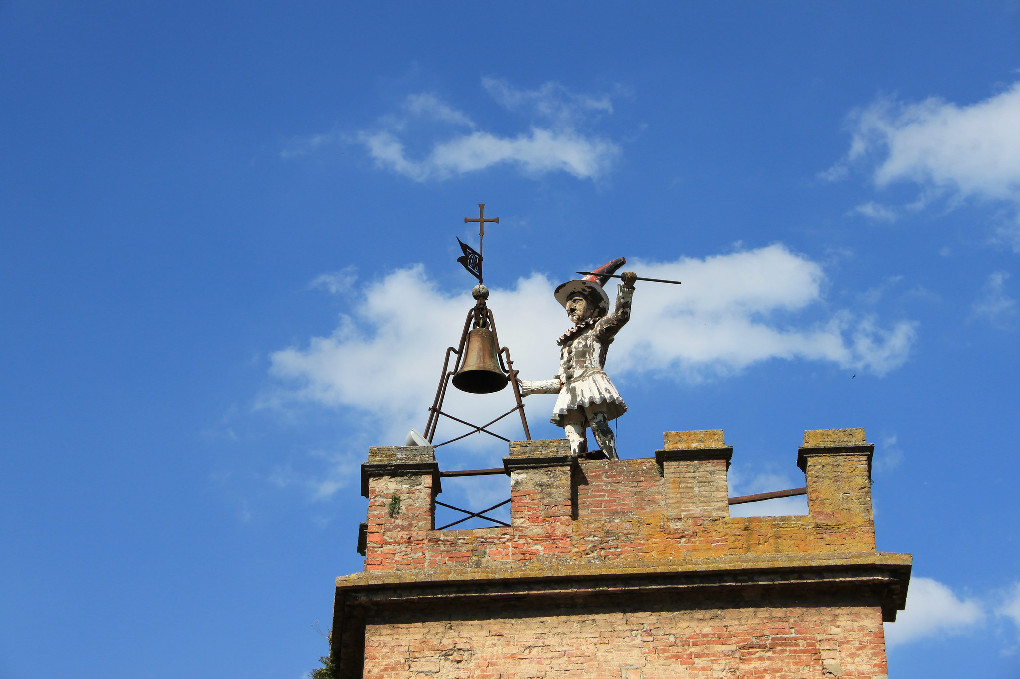 A mask of ancient history, already known in Roman times and reappeared, after several centuries of oblivion, in the Sixteenth century, becoming one of the most loved and recognized in Italy. The Neapolitan Pulcinella is a character with a strong irony and boldness that has gluttony as a vice and that would do anything for macaroni.

The characteristic of greediness unites him to the Sienese character „Mangia“ who stood above the tower of the Palazzo Comunale of Siena, which takes its name from him. Indeed, the „Mangiaguadagni“ (i.e. eating earnings) was the bell-ringer Giovanni di Balduccio who briefly dealt with the clock of the tower until, in the second half of the Fourteenth century, it was replaced by a mechanical version ticking the time. However, the Sienese maintained the nickname originally given to him also in consideration of the huge sums required for the functioning and maintenance of the mechanism. 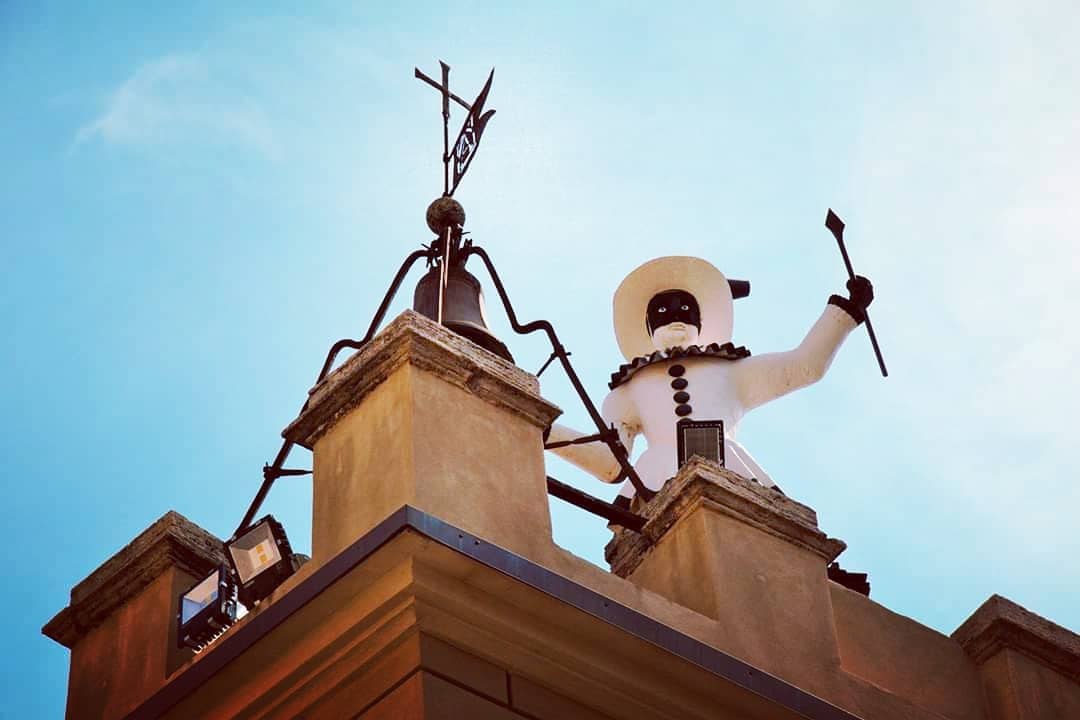 The legend of the Tower of Pulcinella in Montepulciano has it that this was brought by a bishop from Naples, but a figure of this type is not present in the history of the hamlet, so it was more likely a priest. In fact, in 1524, a statue inspired by the „Mangia“ of Siena was placed on the clock tower of Montepulciano with the task of ticking the hours, but due to the deterioration suffered by the same, already in 1680 there was the first restoration and, on that occasion, presumably on the proposal of the priest (or at least of a benefactor) of Naples, the automaton was covered with the colours of Pulcinella. According to some, however, this character was chosen as a tribute to the Theatre.

The clock tower in Montepulciano 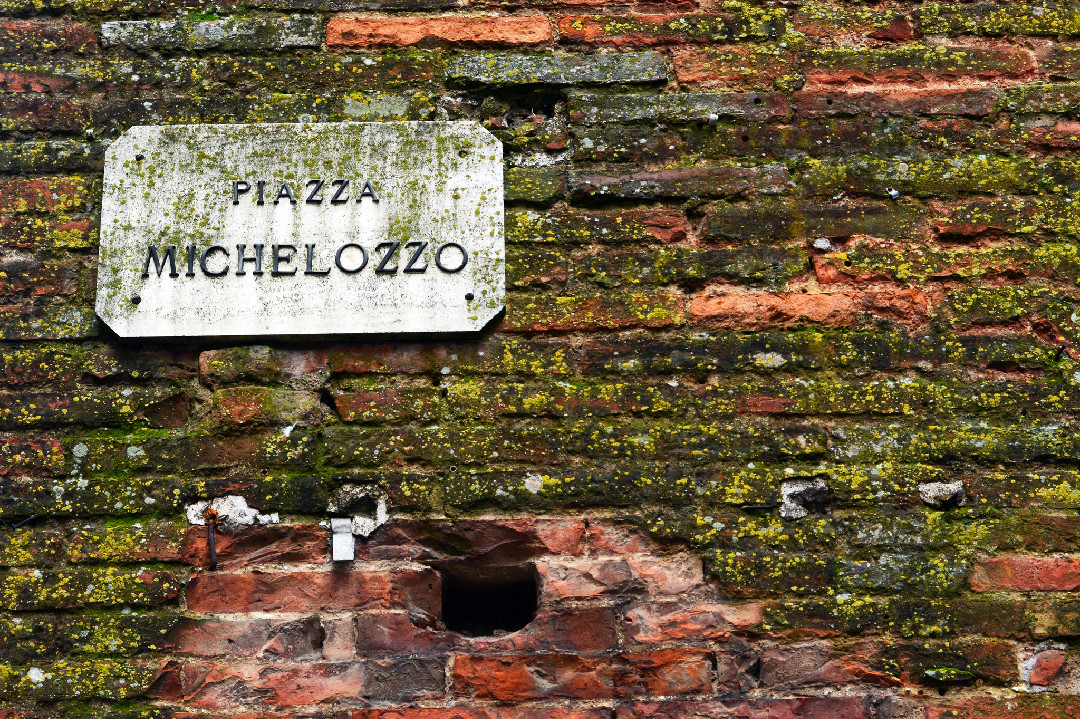 Halfway along Via di Gracciano, going down from Piazza delle Erbe, you will find Piazza Michelozzo where the Tower of Pulcinella stands, one of the most famous in Italy. It creates a junction which on the right divides again into two in the Ruga di mezzo and the Ruga di fuori, roads that delimit the ancient medieval quarter of Montepulciano.

Next to the Clock Tower is the white façade of the church of Sant’Agostino, of which the tower is part. Built earlier than this (in 1285), the church was renovated by Michelozzo in the Sixteenth century and combines the neoclassical style of the Renaissance with the Gothic style of the Middle Ages. Its front stairway has become, in time, a meeting point for many residents of Montepulciano. 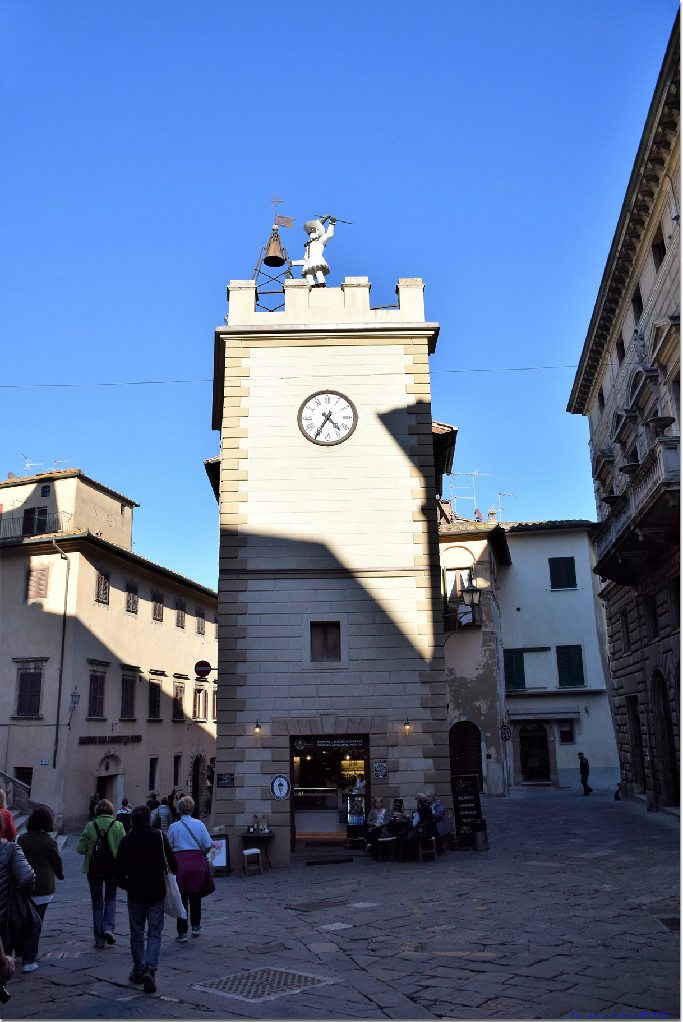 Over the centuries, even the tower has undergone further restoration work, the last one in 2015, also involving Pulcinella. The clock, which was originally loaded by hand – most recently Dino Garbini took care of it with his wife Marisa – and then became electric, was also affected by the works that rebuilt the entire structure to splendour in one of the most suggestive views of Montepulciano. 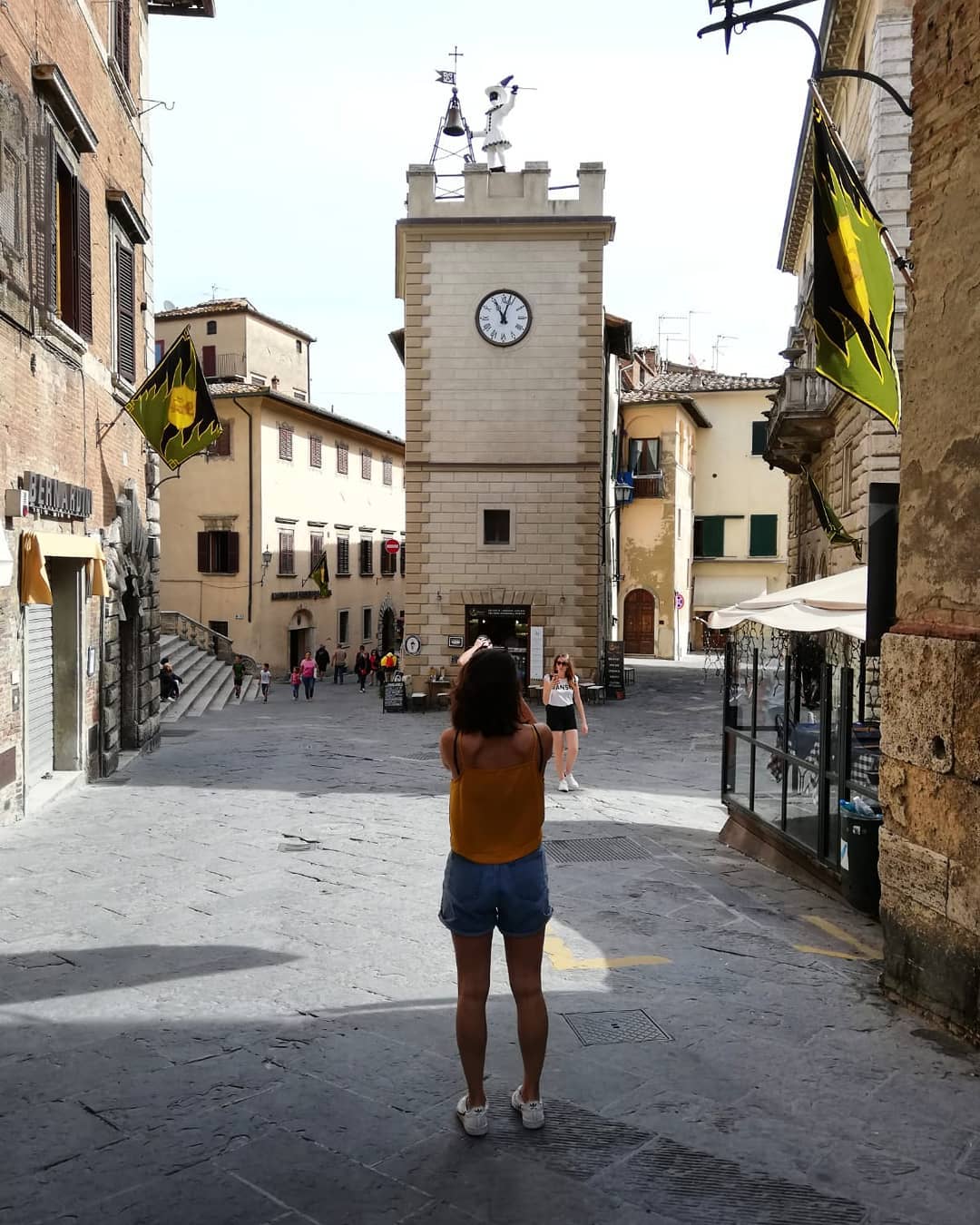