History of the Contrada of Talosa

Two yellow roses in a red field and one red in a yellow field. These are the symbols and colors of the flag of Talosa, one of the 8 contrada of the charming town of Montepulciano, together with Cagnano, Voltaia, Gracciano, Collazzi, Le Coste, Poggiolo and San Donato. During XVIII century, since the Oratory of the Knights of Santo Stefano was built by the Mancini family (now called Sant’Antonio), the Cross was also included in the emblem of this contrada, in honor of the founder of the oratory that belonged to this chivalric order.

The origins of the Talosa district 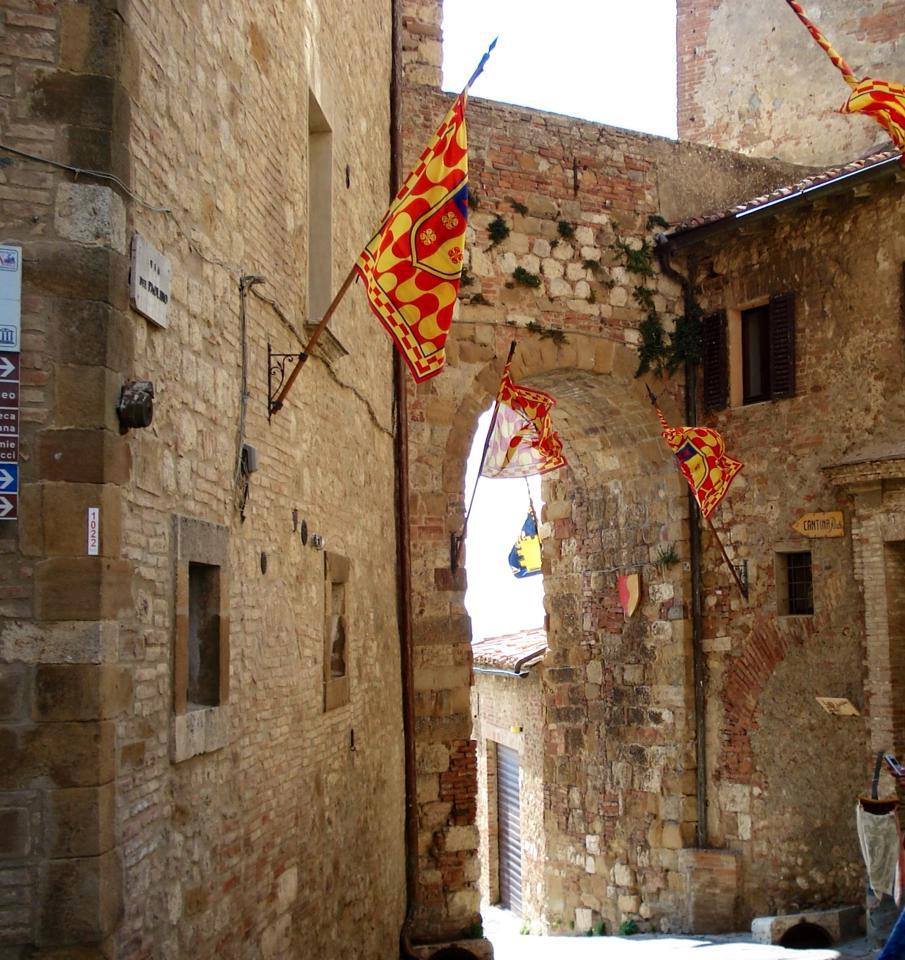 The contrada of Talosa stands on the “Sasso”, in the highest part of the town inside the walls, the place of the first settlement; it includes part of Piazza Grande and via Ricci. It’s on this central road, today the commercial heart of Montepulciano, that its headquarters are located, built in Baroque style.

The origin of Talosa is traced back to the XII century, linked in particular to the activities of its inhabitants, craftsmen and merchants. It is one of the oldest districts, together with San Donato and perhaps Poggiolo. The others are more recent, considered villages (i.e. agglomerations outside the city) until 1281 and subsequently became districts. Talosa won 4 editions of Bravìo delle Botti (1979, 2007, 2008 and 2009), the historical re-enactment of the challenge among the 8 contrada, which takes place in the historic center of Montepulciano on the last Sunday of August. Couples of athletes called “spingitori” vie for a cloth painted with the iconographic image of the patron saint of the town, that is, San Giovanni Decollato, rolling 80 kilo barrels along a journey of two kilometers. An event that, in 2011, obtained the recognition of “Heritage of Italy for tradition” from the Ministry of Tourism. 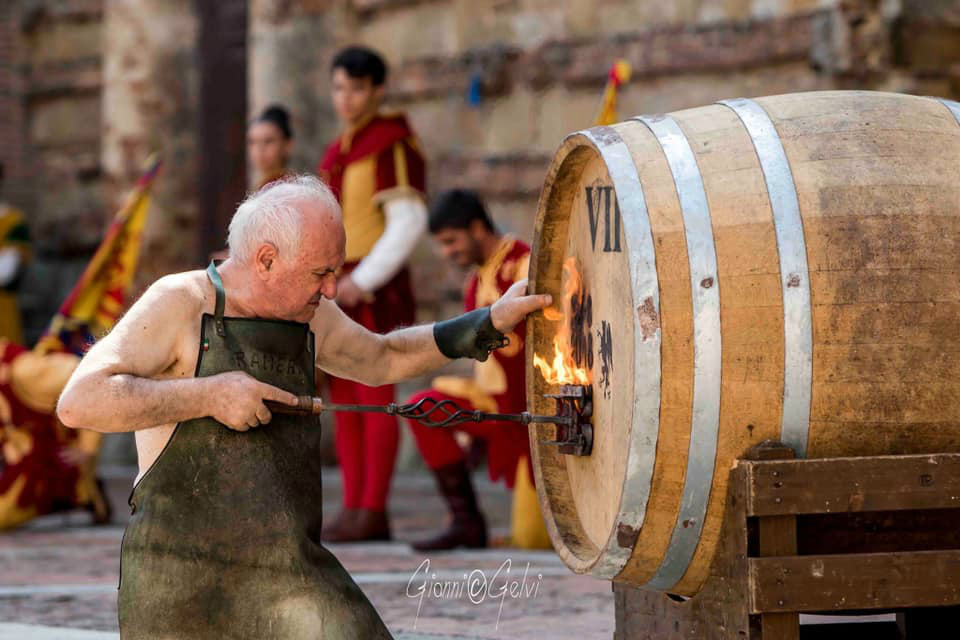 The palaces and museums that are located in Contrada of Talosa 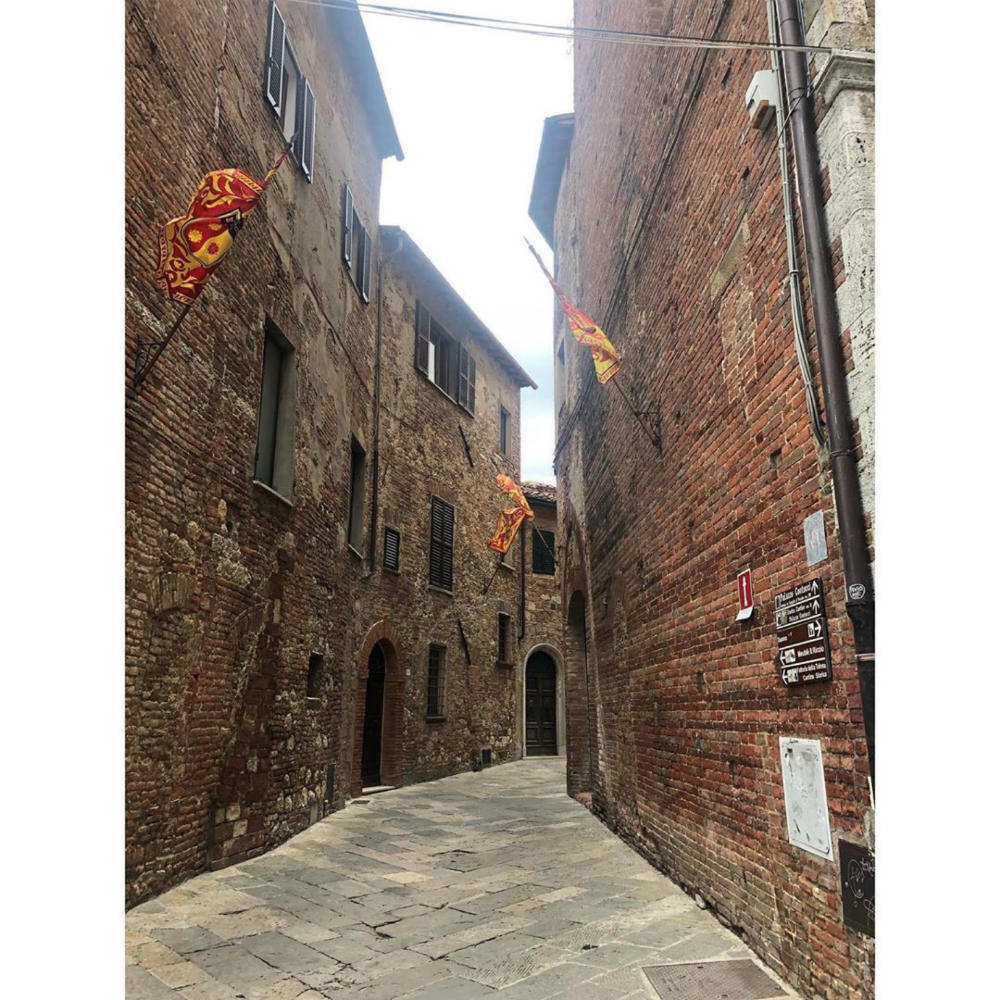 The contrada of Talosa houses some of the oldest and most famous buildings in Montepulciano, overlooking the elegant Via Ricci. Such as Palazzo Neri Orselli, which houses the Pinacoteca Crociani Civic Museum. Home to valuable collections, paintings and archaeological finds, it is also the space where various exhibitions are displayed. But even Palazzo Ricci, in Renaissance style, designed by the architect Baldassarre Peruzzi: now it houses the Municipal Library and the historical archive, as well as the Rodi cellar in its basements.

Then there are Palazzo Sisti, Palazzo del Capitano del Popolo and Palazzo Benincasa, which has on the facade the face of Gian Gastone De ‘Medici, the last Grand Duke of the dynasty, according to the tradition. In this are there is even the church of San Francesco, dating back to the XII century and formerly named after Santa Margherita del Sasso, located in the square of the same name.