The history of Contrada del Poggiolo in Montepulciano

Why the history of the Contrada help to know about Montepulciano? Because this town, so tied to traditions and so characterized by its ancient buildings and its excellent specialties, has a vocation for everything that strengthens the identity of the place, such as the traditional race called Bravìo delle Botti or the handing down of handcrafting.

When we talk about Montepulciano, the 8 Contrada are certainly important for the inhabitants, but they are also a good reason to make visitors better know the history of the town.

Here you can read general information about the Contrada www.borgotrerose.it/en/history-of-the-8-districts-of-montepulciano/

which recall the origins of the hamlet and remind us that Tuscany is very rich in places existing from the Middle Ages or dating back to the Etruscan era; just like Montepulciano, founded by Porsenna, according to legend.

The origins of Contrada del Poggiolo 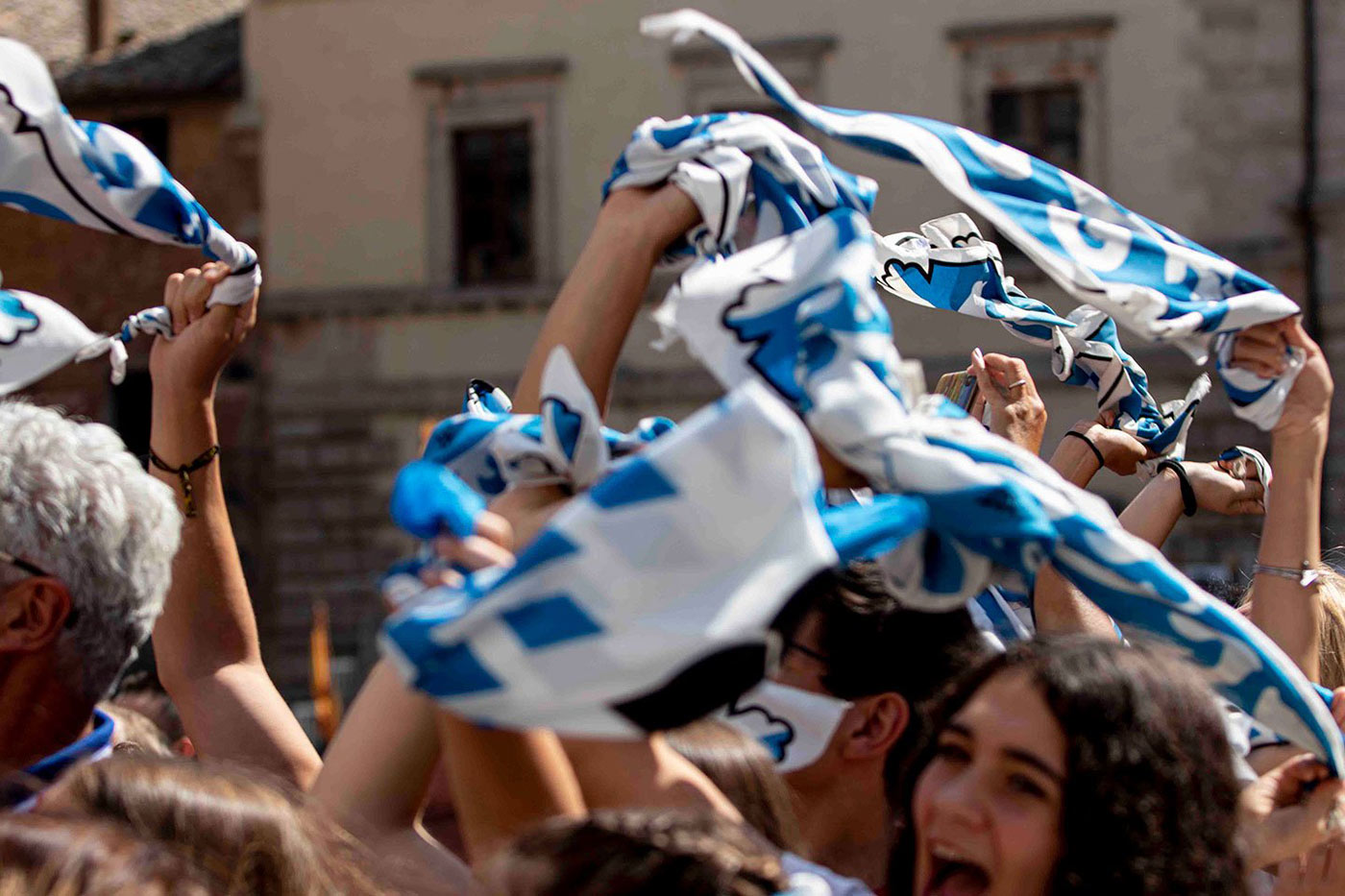 The Poggiolo is the lowest elevation of the main hill on which the hamlet of Montepulciano is located, and hence the name of the Contrada, which originally had a coat of arms in which there was a sun rising from the sea; the sun was depicted in white and the sea in light blue, the two colors that still identify this Contrada today.

The current coat of arms, instead, depicts 3 hills, since the Contrada is located under the historic center. Il Poggiolo (like Contrada Le Coste) didn’t have noble families that belonged to its territory, but was inhabited only by commoners.

For this reason there are no noble palaces in this area, however the complex of the church of Santa Lucia and the parish house should be mentioned among the peculiarities of the Contrada, as they are attributed to Flaminio Del Turco and date back to the XVII century.

Things to know about the Contrada of Montepulciano 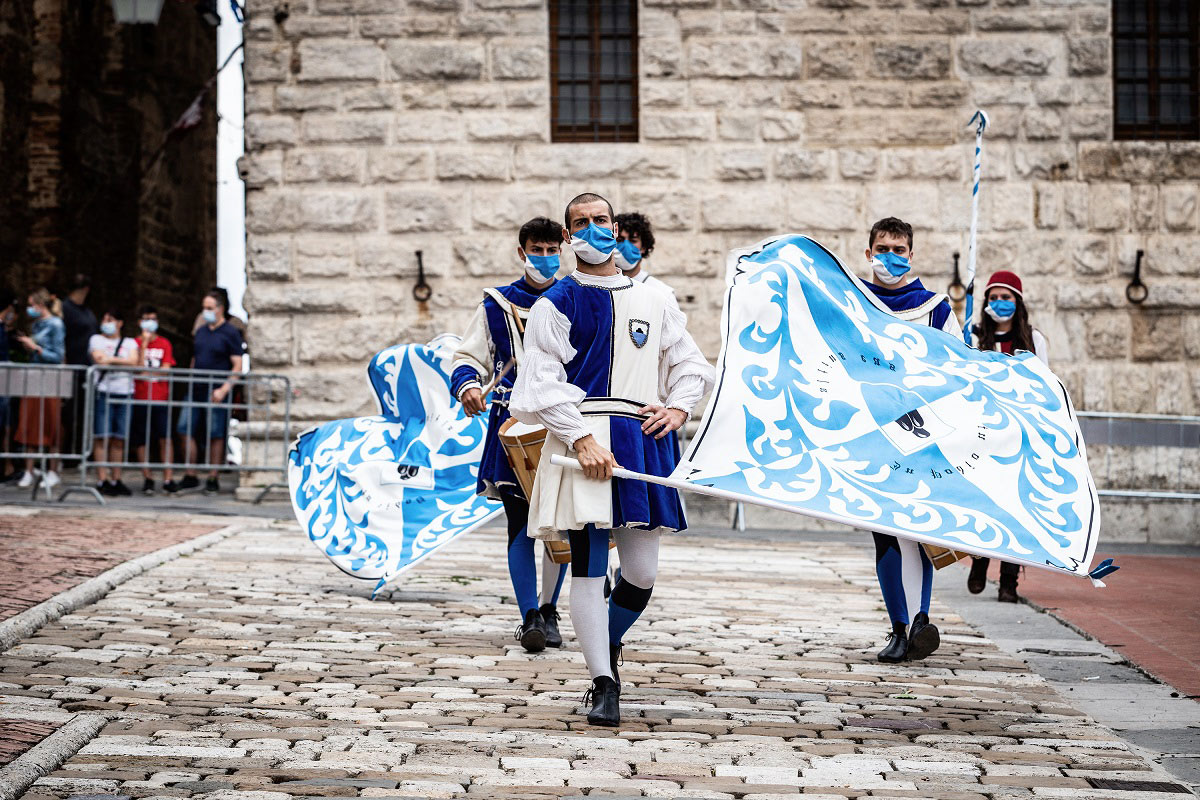 The Bravìo delle Botti was restored in 1974 by Don Marcello Del Balio who was a contradaiolo of the Poggiolo and who has the merit of having replaced the ancient horse race (the original formula of the Bravìo) with that of the barrels.

Furthermore, this Contrada had in the past an illustrious guest, Giuseppe Garibaldi, remembered by a plaque placed on the facade of a house that you can see while walking through the Poggiolo.

For further information and to discover the opinion of some people who belong to Poggiolo, we recommend watching this video https://youtu.be/W9E-Rt__wlk. 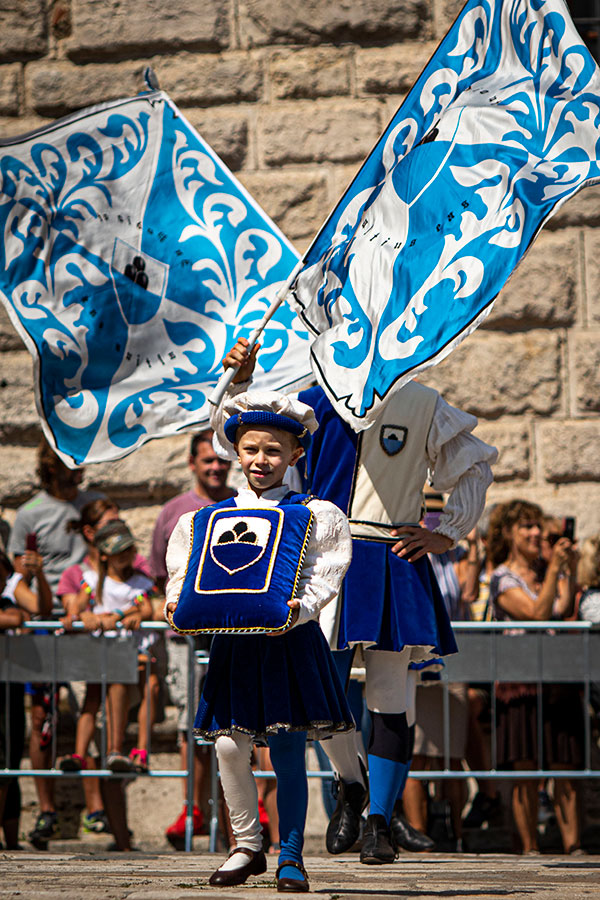