The history of Voltaia district in Montepulciano

With its “spingitori” dressed in the official red and black colors, Voltaia was the district to cross the finish line first and win the Bravio delle Botti edition of 2019. Not far from Cagnano, of which we have already spoken, this is one of the many places of Montepulciano in which you can rediscover all the beauty and tradition of this ancient hamlet.

The origins of Voltaia district 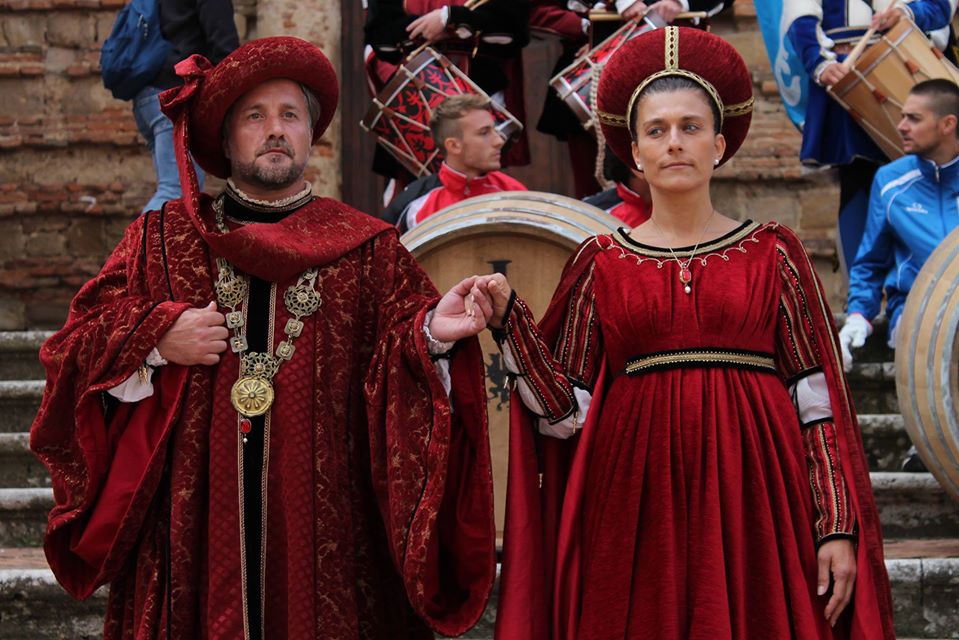 Comprised within the second circle of walls – built in 1157 by Pope Adrian IV – of the three raised over time to defend Montepulciano, the district of Voltaia extends up to Porta della Cavina, an arch above Via di Gracciano which further crosses the Pulcinella of Montepulciano.

This district, once included in the walls of Montepulciano, was soon filled with craft shops and residences, of which traces of medieval origins are incorporated in the buildings and can still be found today. Voltaia became, in fact, one of the most populous areas of the city thanks to the greater security for those who moved there in particular from the nearby San Giovanni Voltaia vecchia, from which it takes its name.

The monuments of Voltaia in Montepulciano

At the centre of the district of Voltaia, the beating heart of this community is the Church of San Bartolomeo, built in 1236 on a pre-existing chapel used by the district members, as revealed by some documents dating back to 1195.

Of great importance is also the Chiesa del Gesù, built between the end of the seventeenth and the early eighteenth centuries and in which space below (with its twenty-eight arches gathered in the centre occupying such a surface as that of the same church) the association activity and meetings of the Contrada di Voltaia take place. Among the artists who contributed to the beauty of this church built by the Jesuits there are also the Sienese Francesco Notari and Bartolomeo Mazzuoli. 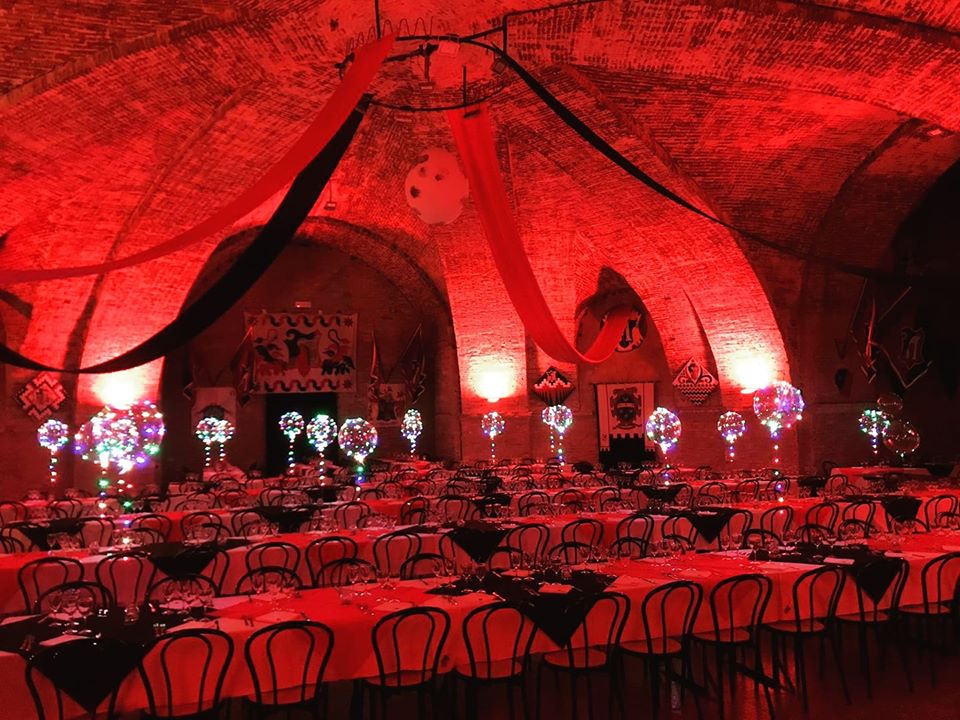 The Bravio delle Botti 2019 cloth, dedicated to the 50th anniversary of the landing of the first man on the moon and created by the artist Stefano Palermo, went to Voltaia which was confirmed for the sixth time winner of this race between the eight districts of Montepulciano. 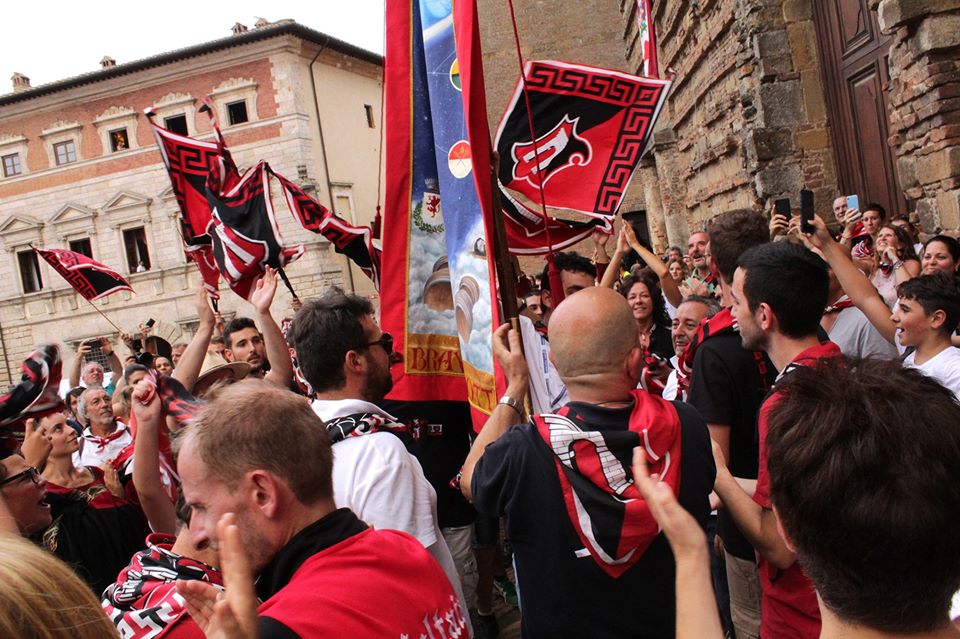 However, there have been numerous positive results in this district in recent years, such as in the competition A tavola con il Nobile created by the Consorzio del Vino Nobile of Montepulciano and journalist Bruno Gambacorta. Indeed, in the 2017 edition, with Pecorino cheese theme, Voltaia triumphed with the Cappello del Pastore dish: ravioli with Pecorino Toscano DOP and pear filling on a broad bean puree with seasoned Rigatino, courgette flowers and Pecorino waffle.

In 2018, the district of Voltaia won the Arca d’Argento award for the best historical procession during the week of the Bravio in addition to the competition Piccoli Spingitori del Bravio delle Botti for the student category. In 2011, the flag-wavers of Voltaia were awarded as the best in Montepulciano. 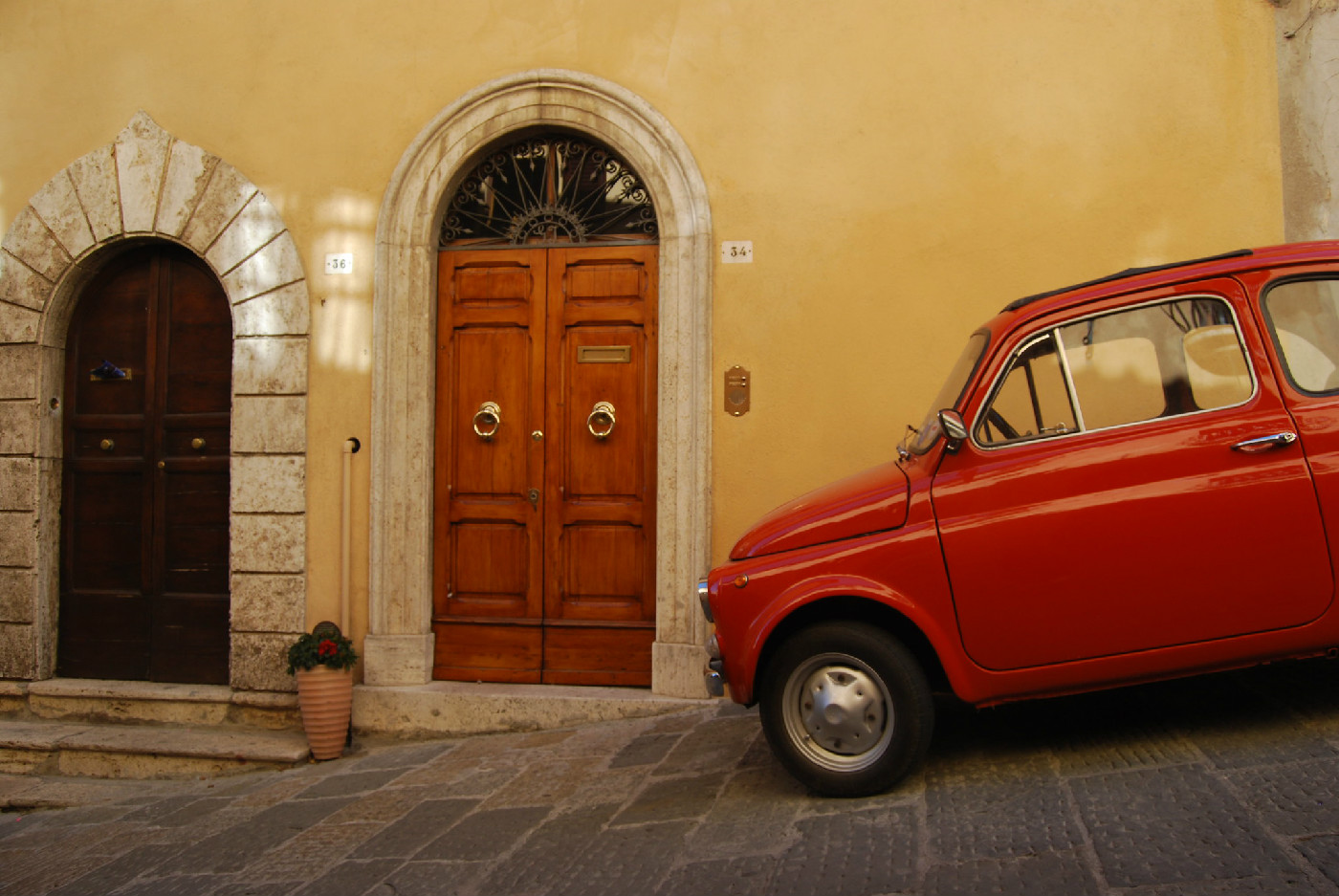 Webiste of the contrada: www.contradadivoltaia.it