Trasimeno lake, what to see in a day

Why we recommend a stop at Lake Trasimeno? This lake is located in Umbria, however it is only 18 km from Valiano, where there is Borgo Tre Rose, so many guests decide to visit this special place nestled in the hills.

Here we have collected some useful information for travelers who want to know more about this lake and the activities to do in the surroundings.

Trasimeno is the largest lake in Central Italy and is located in the province of Perugia, in Umbria; in this area stands the Lake Trasimeno Regional Park, which occupies an area of 13,200 hectares. More precisely, the Park extends into the territory of Castiglione del Lago, Magione, Passignano, Tuoro and Panicale.

The lake is home to 3 small islands: Polvese, Maggiore and Minore; only one of these is inhabited and two can be visited. The itinerary we suggest can be organized starting from Montepulciano and lasting one day. The route is recommended for tourists who want an immersion in the most luxuriant nature, but also for families with children looking for a green holiday.

Polvese Island hosts a scientific park and is the largest of the 3, with its 69.6 hectares and 313.4 meters above sea level and is also the highest of the islands of the lake.

It is uninhabited and can be reached by ferry starting from the Lungolago Alicata di San Feliciano, next to Magione; near the pier there is the Rocca, dating back to the XV century, and moving forward in the surroundings we recommend to see the Church of San Giuliano, the Monastery of the Olivetan Monks and the Church of San Secondo, and then reach the Garden of aquatic plants or Piscina Porcinai, designed by the architect Pietro Porcinai at the end of the ’50s, carved into the rock and fed by the waters of the lake.
The itinerary could last between 2 and 3 hours, so it could be the ideal first stop. Maggiore is the only inhabited island and can be reached from Castiglione del Lago (30 minutes), from Passignano sul Trasimeno (20 minutes) and from Tuoro sul Trasimeno (10 minutes), places that you could visit later if you want to extend the journey.

We suggest to see the docking area (via Guglielmi) with its buildings, the Church of San Salvatore, the ruin of the monastery church of the Sisters of San Leonardo, the ruins of the Roman tower, the Church of San Michele Arcangelo, the Guglielmi Castle and the windmill.

This fishing village is strongly linked to St. Francis of Assisi, because he meditated here during Lent in 1211; today it’s possible to visit the Church of San Francesco (dating back to the XIV century), inside which it is possible to see the bed where the Saint rested, located near the Rock of San Francesco, where it is said that he prayed as soon as he landed. 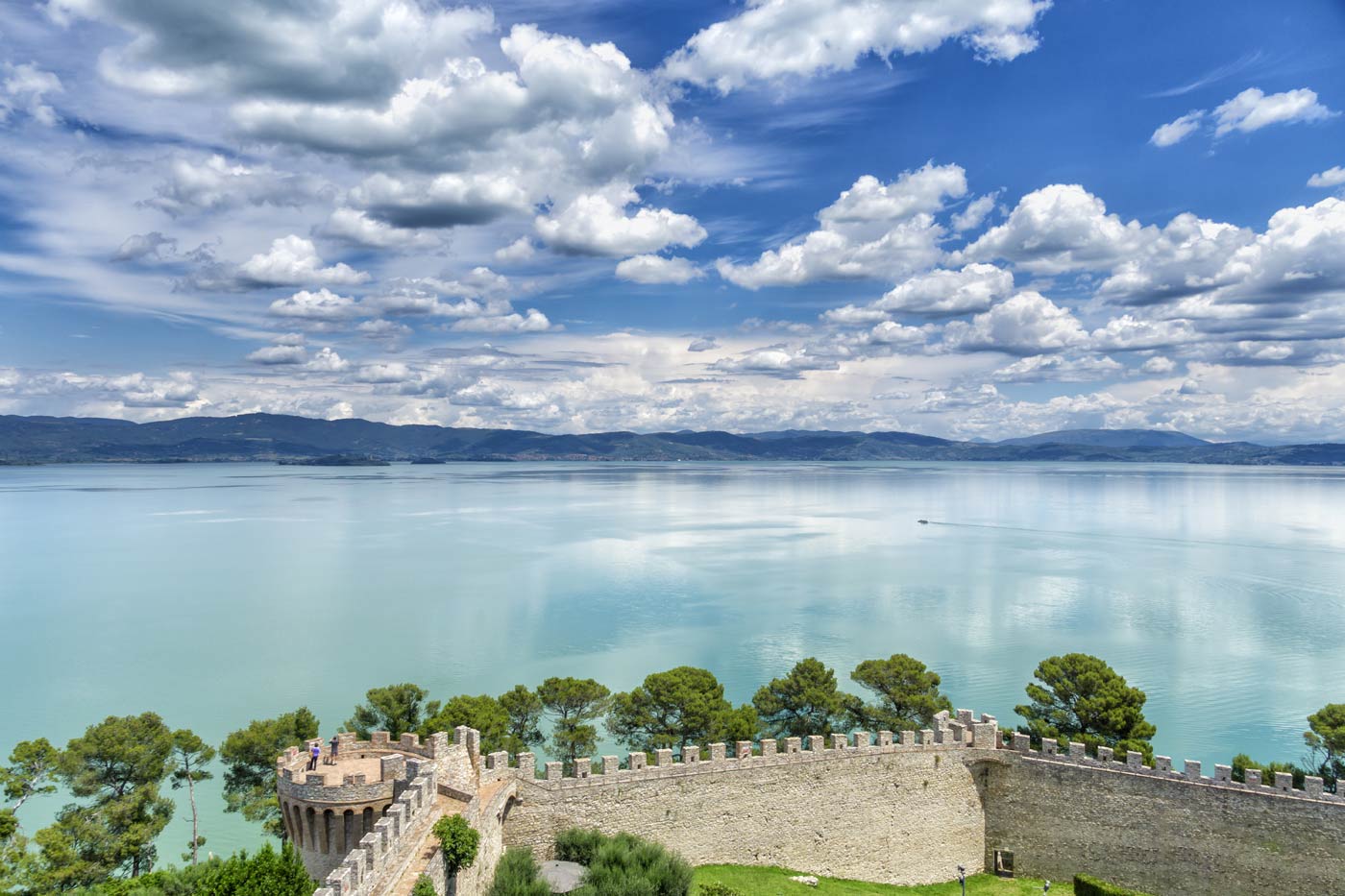 We can relate the history of Minore Island, since today it is private and cannot be visited: it was populated since the I century and reached its maximum population during the XV century. Later, it was gradually abandoned.

In conclusion, you should know that the protected naturalistic area of the Oasi La Valle is the ideal habitat for numerous animal species, mainly migratory birds, and that periodically guided tours and educational workshops are organized for children, to introduce them to the beauty of the nature and the importance of protecting the ecosystem.

For available activities, we recommend visiting the official website.