11 years have passed since the shooting of the film “New Moon”, but maybe you don’t know that some scenes were filmed in Montepulciano, in the heart of the historic center.

The memory is vivid for the over 1000 extras who joined the film helping to create one of the key scenes of the entire saga, but also the spectators who saw “New Moon” later, as well as fans of the novel from which it is based, have chosen to visit Montepulciano to discover this unique location up close.

Let’s remind that event by telling you some oddities about this film and the charm of Montepulciano that attracted artists from all over the world, as we also told in the article films shot in Tuscany.

Why Montepulciano was chosen as a movie location? 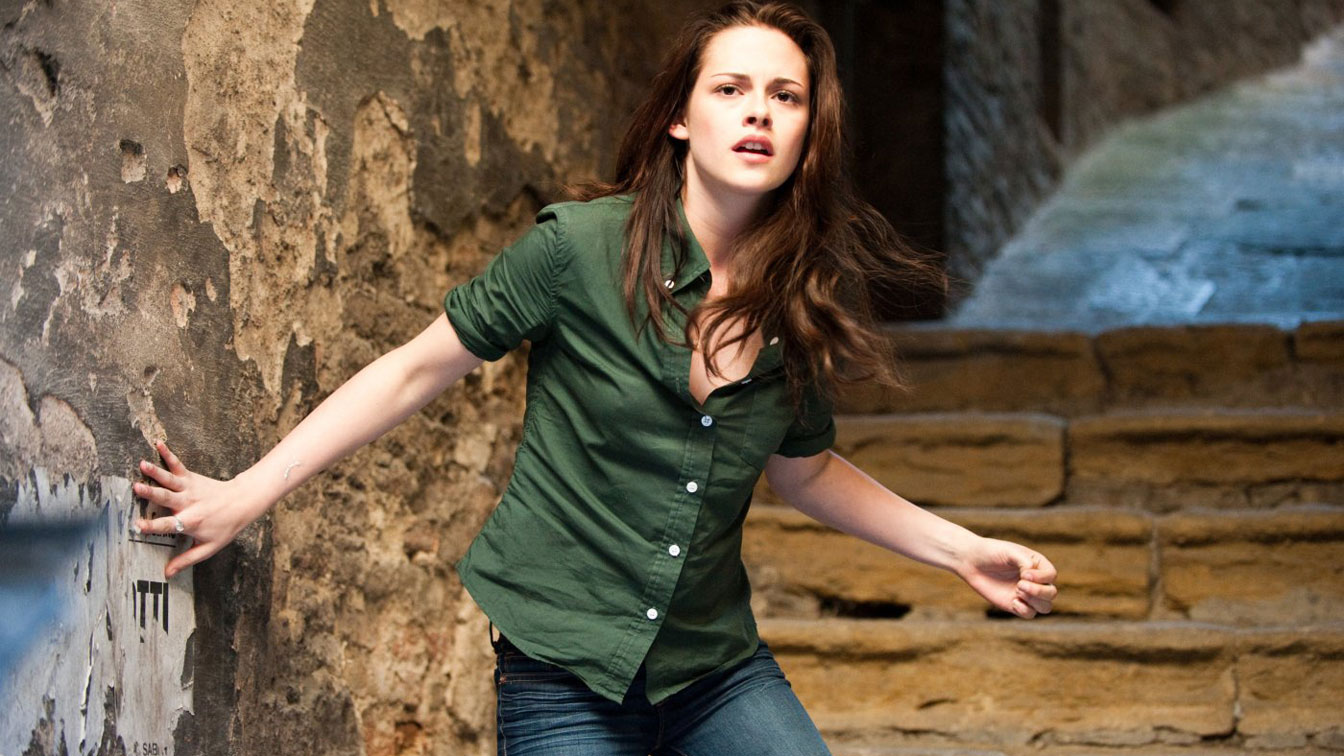 It should be remembered, first of all, that in the novel New Moon the Volturi vampire clan lives in a secret city built under the Volterra, but the production of the film chose Montepulciano to shoot the scenes set there, therefore Piazza Grande, in the movie, represents the main square of Volterra.

The film was shot in Montepulciano between 26th and 29th May 2009 and is the second episode of the famous Twilight saga, a series of successful novels signed by Stephenie Meyer; “New Moon” is shot by Chris Weitz and was followed by three other films, Eclipse, Breaking Dawn Part 1 and Breaking Dawn Part 2.

During the casting, thousands of people came to Montepulciano, even from abroad, to hope to participate as extras in the film starring Robert Pattinson and Kristen Stewart, beloved by fans of the saga.

As you can see from the photos, the glance of the square crowded by a thousand people wearing a red cape is remarkable, for this reason, there are still guided tours that include a part of the itinerary dedicated to this film.

In addition, many couples have chosen to visit Piazza Grande because they are inspired by the scene of Kristen (Bella) embracing Robert (Edward) who saves the life of the young vampire.

Montepulciano source of inspiration for artists 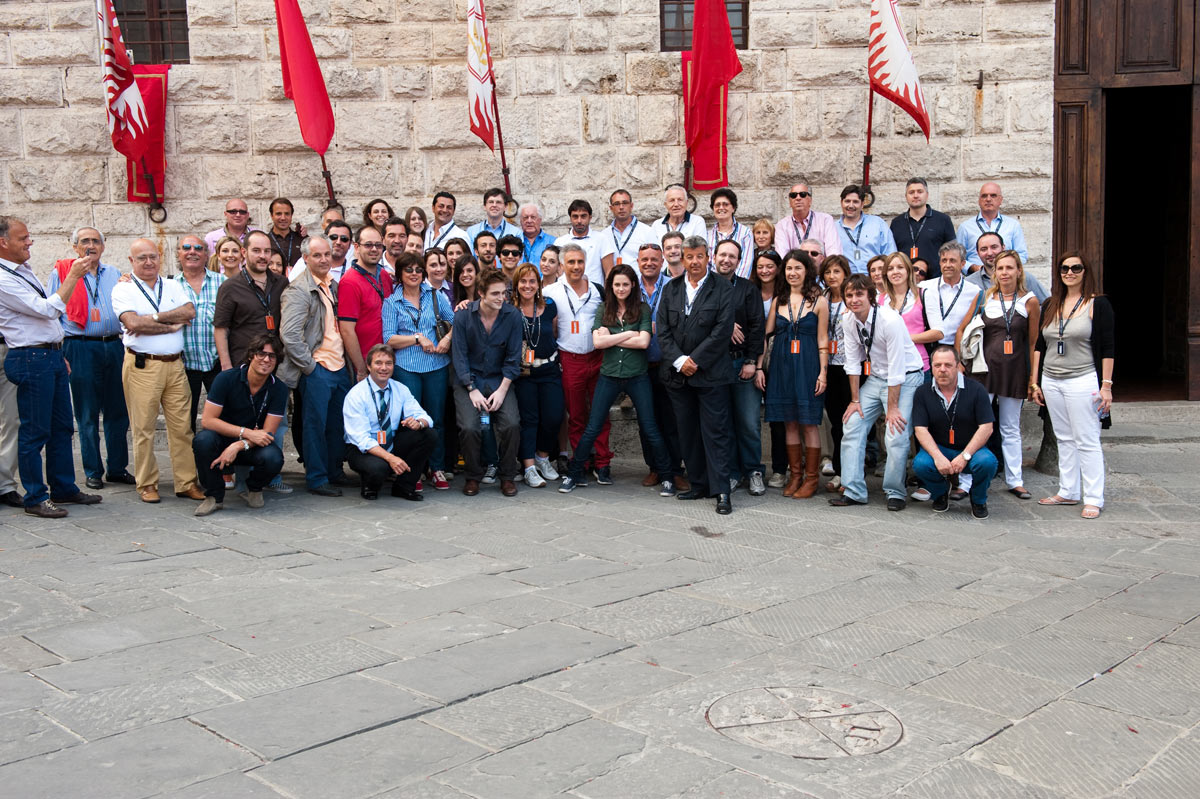 In 2018 “New Moon” also inspired a work of art by Marco Menichetti, who created a book-stand that has a travertine octagon as its base and is supported by a wrought-iron column surrounded by metal vine leaves; at the top, there is a book, in cypress wood, which contains some quotes from the movie engraved in Italian and English, specifically the dialogue that takes place in Montepulciano between the two protagonists.

This work, called “Forever”, wants to be “an exaltation of the feelings and an ode to the beauty of Montepulciano which, together with its architectural masterpieces, has been the ideal setting for the film adaptation of the poignant story between Edward and Bella”. 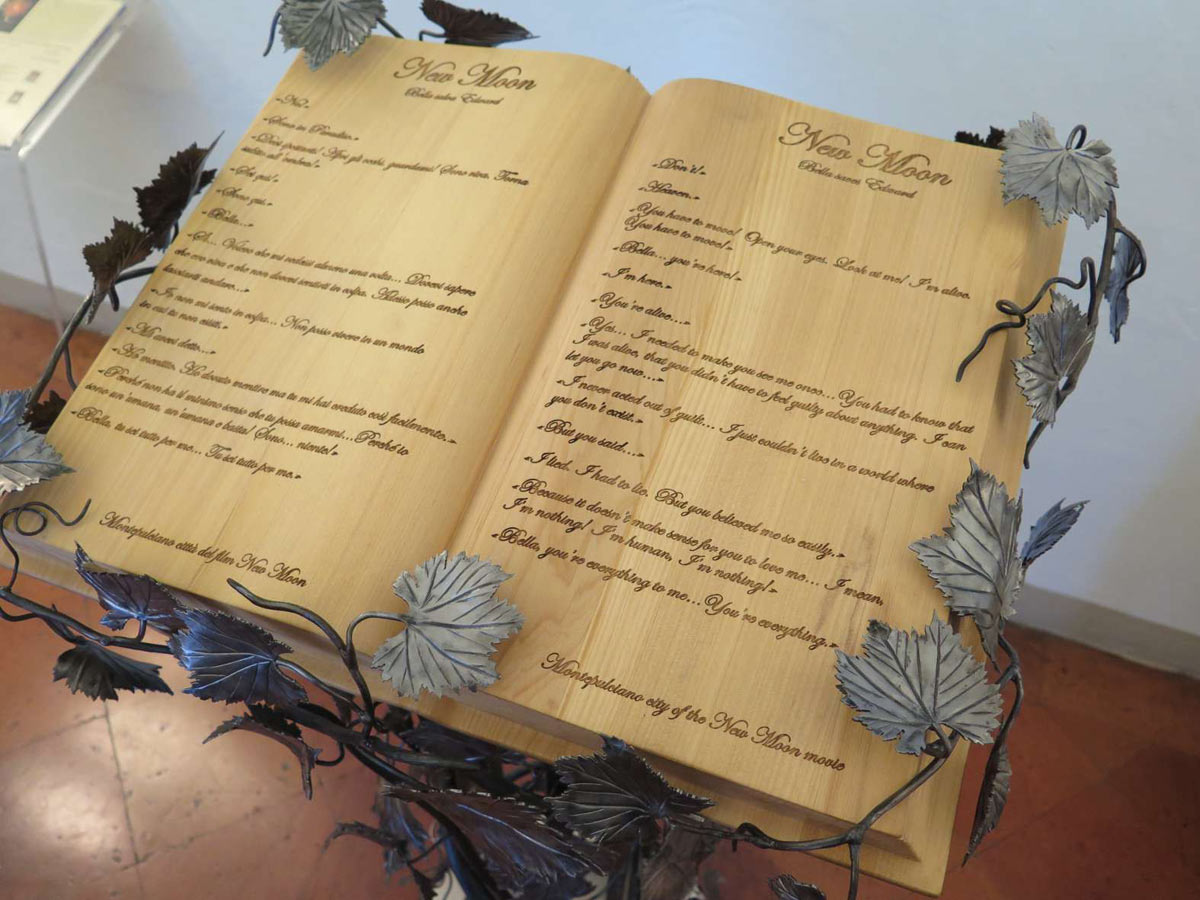 The work of art was exhibited in the entrance hall of the Palazzo Comunale and was then moved to Palazzo Ricci, in the premises of the Cantina de’ Ricci, a location used to shoot some scenes from the film.

We are sure that there will be other directors who will choose the Poliziano hamlet to shoot films and TV series, in an attempt to capture that atmosphere that only those who have been here can describe.